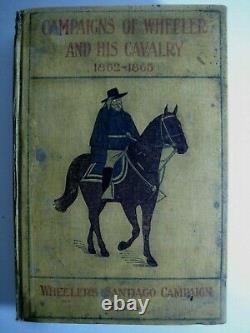 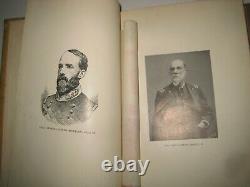 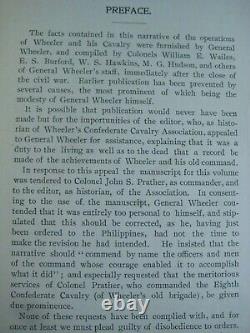 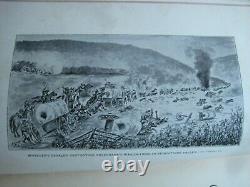 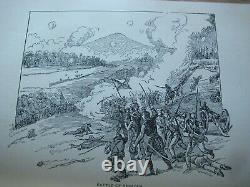 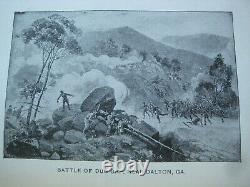 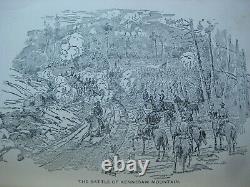 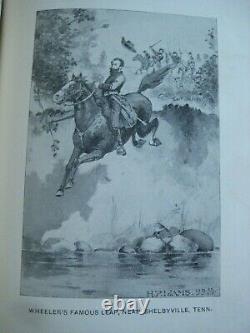 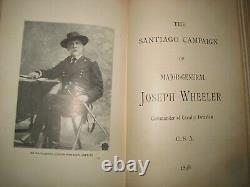 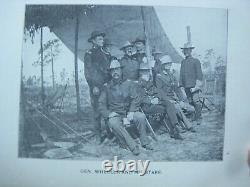 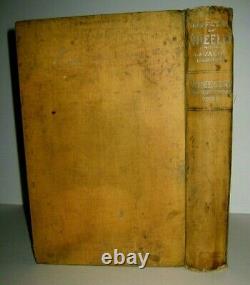 Some of my books are now under antique, collectible, or art categories. I ALWAYS HAVE SEVERAL CIVIL WAR - - and PLEASE. To see my son's old books. It does have its title page. Campaigns of Wheeler and His Cavalry, 1862 - 1865 from Material Furnished by Gen. Joseph Wheeler to Which is Added His Concise and Graphic Account of The Santiago Campaign of 1898.

Apx 20 ILLUSTRATIONS -- all are full page. 30 chapters including the appendixes. His youth, Kentucky campaign, Buell's march, our army divided, battle around Nashville, battle of Murgreesboro, destruction of gunboats, Battle of Chickamauga, with Longstreet, Sherman begins his advance, Cass station, Wheeler destroys railroad, condition of troops, Battle of Brentonville, and so much more. (September 10, 1836 January 25, 1906) was an American military commander and politician.

He is known for having served both as. A cavalry general in the Confederate States Army in the 1860s during the American Civil War, and then as a general in the United States Army during both the SpanishAmerican War and PhilippineAmerican War near the turn of the twentieth century. For much of the Civil War he served as the senior cavalry general in the Army of Tennessee and fought in most of its battles in the Western Theater. Wheeler and his troopers guarded the army's left flank at Chickamauga in September 1863, and after the routed Union Army collected in Chattanooga. Bragg sent Wheeler's men into central Tennessee to destroy railroads and Federal supply lines in a major raid.

On October 2 his raid at Anderson's Cross Roads (also known as Powell's Crossroads) destroyed more than 700 Union supply wagons, tightening the Confederates siege on Chattanooga, Pursued by his Union counterparts, Wheeler advanced to McMinnville and captured its 600-man garrison. There were more actions at Murfreesboro and Farmington, but by October 9 Wheeler had safely crossed the Tennessee River. Condition: Please zoom in on photos carefully as they are part of the description. All of my books are VERY OLD and have wear.

Fair outside / very good inside.... Secure but very stained, front cover looks a bit worse in person/ back cover is closer to the true color. Splitting to the front & back - about half of the back edge of the spine looks to have been glue back down. Spine ends - very worn.

3 are good, one is worn through. Inner hinges - very good. Pages - 95% very clean. Writing - inscription on front paste down, along with writing [names & date] on the rear fep.

Rips /folds - 4 small rips that I saw plus the frontis had a very long rip that was taped from behind// apx 15 folds /dog-ears. Other - book is a bit cocked.

A very nice book to add to your library. Please Add me to your Favorites list. AND check back now and then to see what's new!

Otherwise I can't send you a new invoice. T can take up to 14 days to get back East [rare, but it does happen] I use.

This book is very old and. May have accumulated bad smells along the way [musty basement/ mildew/ smoke]. Dryer sheets in them for a few months makes a world of difference!

My nose doesn't work like it use to. So the old book smell doesn't bother me. As far as I can tell -this book smell fine. The item "X RARE CONFEDERATE GENERAL WHEELER CAVALRY CIVIL WAR BATTLES SHERMAN Santiago" is in sale since Thursday, November 28, 2019.

This item is in the category "Collectibles\Militaria\Civil War (1861-65)\Books". The seller is "craminn" and is located in Sherwood, Oregon. This item can be shipped to United States, Mexico, Canada, Bermuda.