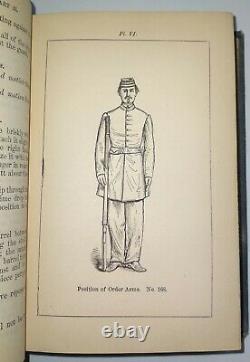 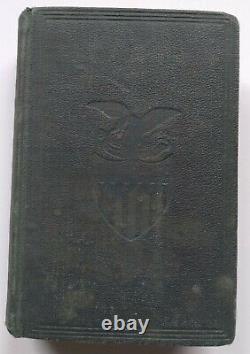 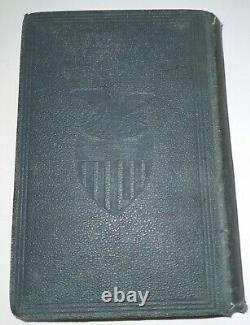 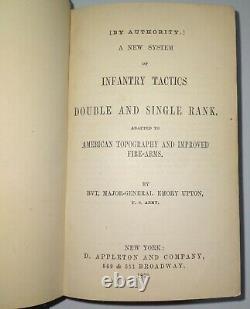 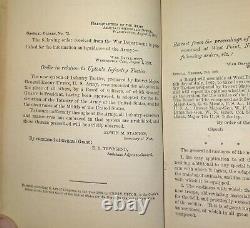 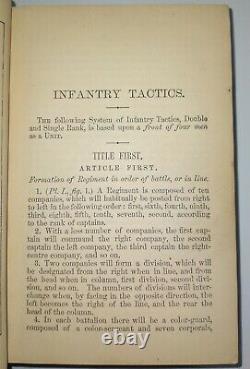 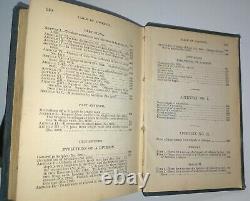 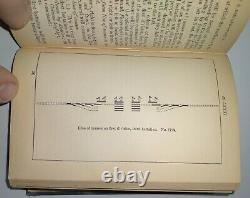 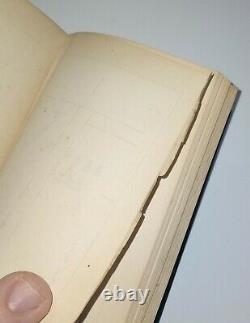 A fine 1873 edition of " A New System of Infantry Tactics, Double and Single Rank", by Civil War General Emory Upton. This 392 page publication served as a revised and updated school of tactics for the infantry destined for the war on the western frontier.

In his own lifetime, however, Upton was best known for his contributions to infantry tactics. As a battlefield tactician of proven success at regimental, brigade, and division level, he headed the postwar Army board that sought to learn lessons of the Civil War and convert them into new infantry tactical doctrine. An absolutely must for any collector of tactical manuals or Indian Wars memorabilia. The manual remains in very good condition, showing signs of age, use, and wear. Typical shelf and spine wear, as well as bruised corners - binding is tight. Period name written on the inside cover. Overall, a clean copy that's been read a couple times but is still very nice.

Please see the pictures for more detail. Guaranteed 100% authentic in every respect for life. Be sure to see our other listings for more historical antiques and militaria. Emory Upton (August 27, 1839 March 15, 1881) was a United States Army General and military strategist, prominent for his role in leading infantry to attack entrenched positions successfully at the Battle of Spotsylvania Court House during the American Civil War, but he also excelled at artillery and cavalry assignments.

His work, The Military Policy of the United States , which analyzed American military policies and practices and presented the first systematic examination of the nation's military history, had a tremendous effect on the U. Army when it was published posthumously in 1904. The item "Upton's Infantry Tactics 1873 Indian Wars Manual Civil War General Emory Upton" is in sale since Tuesday, April 20, 2021.

This item is in the category "Collectibles\Militaria\Indian Wars (1866-97)\Original Period Items". The seller is "historical_antiques" and is located in Greenville, Pennsylvania. This item can be shipped to United States.