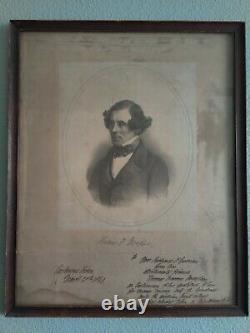 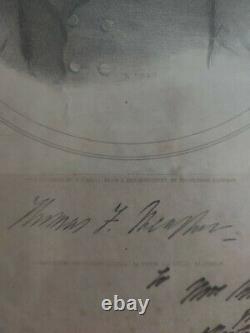 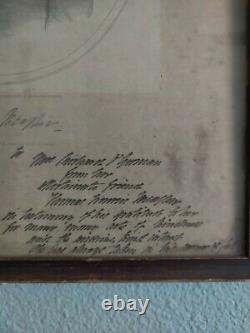 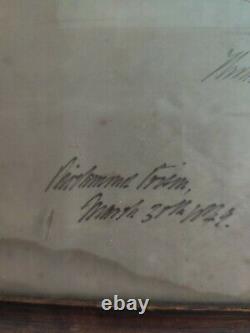 Original Lithograph of Thomas Frances Meagher with a handwritten inscription to the wife of Richard O'Gorman (one of the 9 fine Irishman) that rebelled against the British and was sentenced to death. Meagher wrote the note to Mrs. O'Gorman on the lithograph while in Richmond Prison.

He was thanking her for assisting them in their getaway and all of her care, since at this time he believed he was going to be put to death. The British parliament had passed a law barring executions of those under 21 and Meagher was exiled to Tasmania. He would later command the Irish Brigade in the US Civil War.

After the war, Meagher was appointed Secretary of the new Territory of Montana. Soon after arriving there, he was designated acting Governor. Has water stains and is 170 years old. The item "Thomas Meagher Lithograph Irish Rebel, US Civil War General, and 1st Gov of MT" is in sale since Thursday, April 15, 2021. This item is in the category "Collectibles\Militaria\Civil War (1861-65)\Original Period Items\Other Civil War Original Items". The seller is "morrellian71" and is located in Dallas, Texas. This item can be shipped to United States.