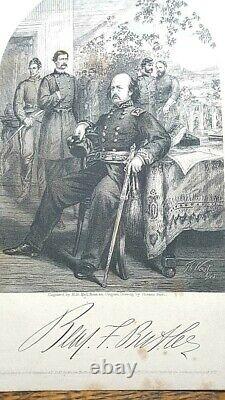 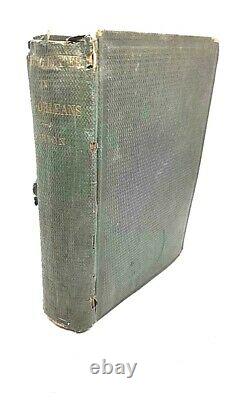 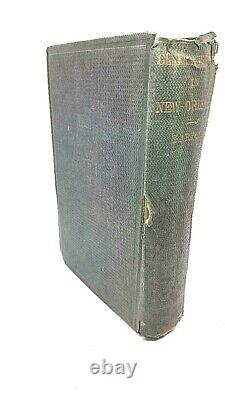 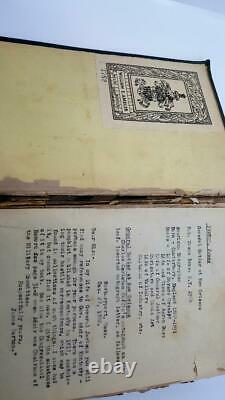 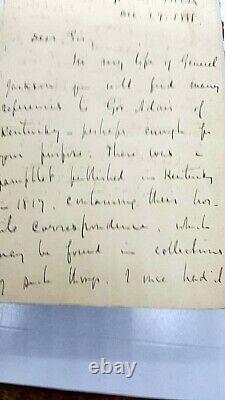 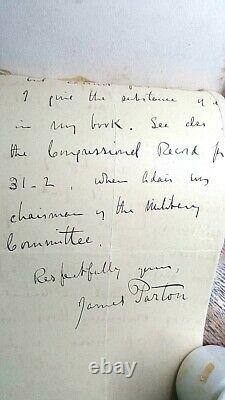 Delighted to offer a fascinating book owner by the famous book collector William Ambler who died in 1925. The books were divided up among the siblings and this part of the collection didn't see the light of day until 75 years later. Ambler's bookplate is on the inside cover, along with information about the book tipped in by his secretary. A letter from the author, James Partin, is tipped in on the next page. The book needs considerable restoration. It has plenty of dings, chips and ruffling on the outside. The inside has broken gutters, a few loose pages and delicate pages in the front. It is browned and delicate throughout the book. That being said, it IS a fascinating read. General Butler in New Orleans.

History of the administration of the Department of the Gulf in the year 1862: with an account of the capture of New Orleans, and a sketch of the previous career of the general, civil and military. Eneral Benjamin Butler's behavior as commander of Union occupation forces in New Orleans for only eight months in 1862 spawned an evil, enduring reputation among southerners that was rivaled during the Civil War only by that of Gen. William Sherman after his scorched-earth march across Georgia.

Labeled "Beast Butler" for his brutish physical appearance and for his harsh policies in New Orleans-especially his infamous "Woman's Order"-Butler is characterized by historians as a P. Barnum-type, headline-grabbing showman for his tumultuous military and political life. This item is in the category "Books & Magazines\Antiquarian & Collectible". The seller is "abrams-auctions" and is located in this country: US.