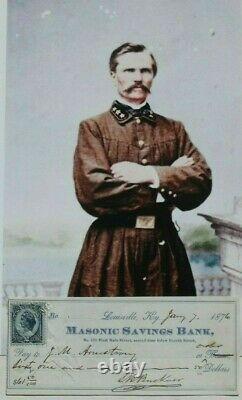 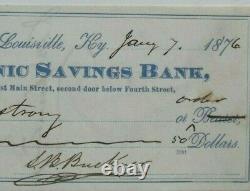 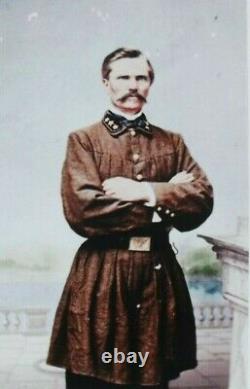 Simon Bolivar Buckner [1823 1914] was an American solider and politician who fought in the United States Army in the Mexican-American War and in the Confederate States Army during the American Civil War, and later served as the 30th Governor of Kentucky. Buckner began his military career in 1840 and was a veteran of the Mexican-American War, the Battle of Buena Vista and during the American Civil War he attained the rank of general and commanded at the Battle of Fort Donelson, the Battle of Perryville, the Battle of Chickamauga and the Battle of Munfordville. In 1887 he was elected as the 30th Governor of Kentucky and served until 1891. The document is a check drawn upon Masonic Savings Bank and dated Jan 7, 1876. The check is completed in his hand and signed''S.

Buckner'' in black fountain pen. The check measures 5.25 x 2.25 inches, the autograph is bold and the check is in fine condition. The autograph is authentic, rare and will be a desirable addition to any Civil War collection. We have listed a nice collection of military, aviation, explorers, political and astronaut autographs.