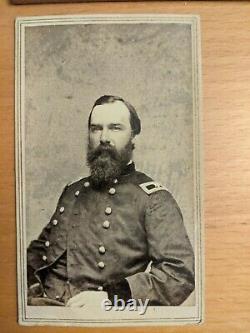 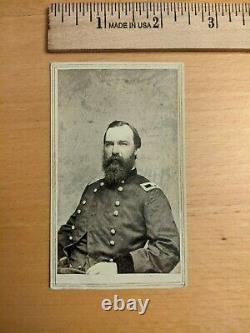 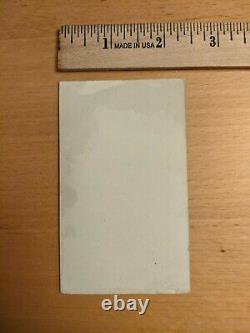 General John Baillie McIntosh - Civil War - cdv. I still have the receipt. My ggg-grandfather fought under him at Gettysburg and other battles as part of the 1st MD Cav. GIve me a good address to get signature receipt.

Civil War Union Brigadier General. Born at Fort Brooke, Florida, at the start of the Civil War, he joined the Union Army as a Second Lieutenant in the 2nd US Cavalry. He fought in the Peninsula and Maryland campaigns and was made Colonel of the 3rd Pennsylvania Cavalry, in November, 1862. He commanded the 2nd Brigade Cavalry Corps at Kelly's Ford, Chancellorsville, Gettysburg and was promoted Brigadier General in July, 1864. Following the war he remained in the military serving as governor of Soldier's Home in Washington DC and superintendent of Indian affairs. He retired a Major General.

His brother was Confederate Brigadier General, James B. The item "General John Baillie McIntosh Civil War cdv" is in sale since Sunday, February 7, 2021. This item is in the category "Collectibles\Militaria\Civil War (1861-65)\Original Period Items\Photographs".

The seller is "oldmdcav" and is located in Zelienople, Pennsylvania. This item can be shipped to United States.