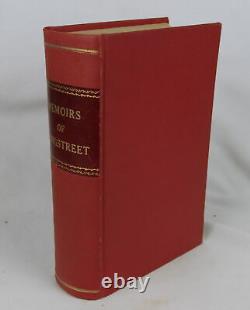 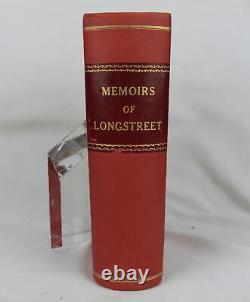 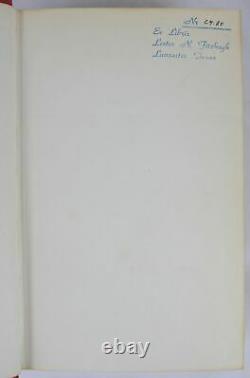 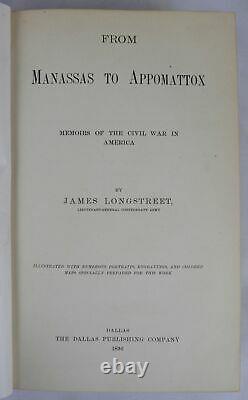 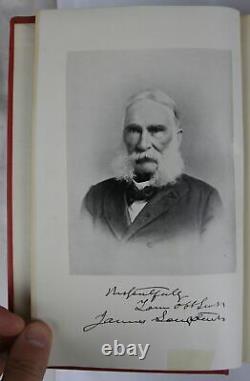 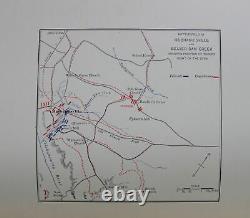 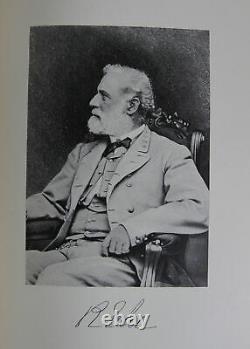 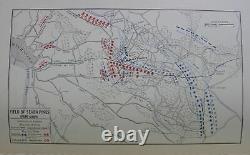 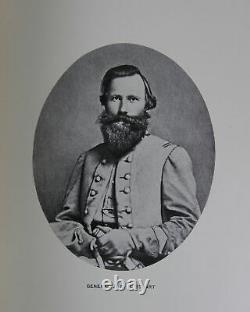 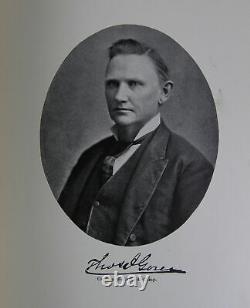 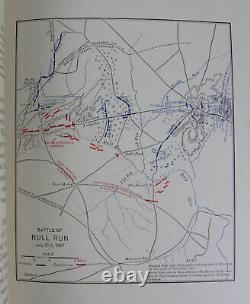 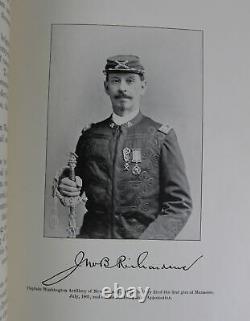 Rebound in cloth; tight binding; clean pages; a couple of small tears repaired with tape; stamp of Lester N. Fitzhugh, a Texas Lawyer and author of a book about Texas Confederate Soldiers in the Civil War. The memoirs of one of the greatest generals of the Confederacy, who was a close friend and confidant of General Lee.

Despite this, Longstreet's tome is a milestone of great importance in Confederate literature. It tells the story of the war in first person from one of the grat generals of American history, allows him to make his case, and at least on some accounts quiets the armchair ctrategists who have faulted Longstreet too severely. Longstreet here provides ample documentation of his close relationship with Lee. A combination of reminiscences and rebuttals by a gallant soldier ostracized by his comrades in the Reconstrution period; a necessary source for any study of Lee's army.

Was the finest corps commander in the Army of Northern Virginia; in fact, he was arguably the best corps commander in the conflict on either side. James Longstreet (January 8, 1821 - January 2, 1904) was one of the foremost Confederate generals of the American Civil War and the principal subordinate to General Robert E. Lee, who called him his Old War Horse. He served under Lee as a corps commander for many of the famous battles fought by the Army of Northern Virginia in the Eastern Theater, but also with Gen. Braxton Bragg in the Army of Tennessee in the Western Theater.

Biographer and historian Jeffry D. Longstreet's talents as a general made significant contributions to the Confederate victories at Second Bull Run (Second Manassas), Fredericksburg, and Chickamauga, in both offensive and defensive roles.

He also performed strongly during the Seven Days Battles, the Battle of Antietam, and until he was seriously wounded, at the Battle of the Wilderness. His performance in semiautonomous command during the Knoxville Campaign resulted in a Confederate defeat. His most controversial service was at the Battle of Gettysburg, where he openly disagreed with General Lee on the tactics to be employed and reluctantly supervised the disastrous infantry assault known as Pickett's Charge.

He enjoyed a successful post-war career working for the U. Government as a diplomat, civil servant, and administrator. However, his conversion to the Republican Party and his cooperation with his old friend, President Ulysses S. Grant, as well as critical comments he wrote in his memoirs about General Lee's wartime performance, made him anathema to many of his former Confederate colleagues.

His reputation in the South further suffered when he led African-American militia against the anti-Reconstruction White League at the Battle of Liberty Place in 1874. Authors of the white supremacist Lost Cause movement focused on Longstreet's actions at Gettysburg as a primary reason for the Confederacy's loss of the war. His reputation in the South was damaged for over a century and has only recently begun a slow reassessment.

We offer rare and important books from Literary Classics and Children's Books to Americana and Civil War. Over the years we've had many of the great landmarks of literature as well as thousands of other interesting and collectible books in all categories.

If you are looking for a book we don't have listed right now feel free to reach out and you'll be the first to know when we list the titles you're looking for. We're also available to answer questions about our books or provide additional photos.

All dust jackets are placed in clear mylar protective covers to preserve them for your collection. All books are guaranteed to be as described. We have been in the field for almost 20 years and have a depth of knowledge in the identification of first editions and the authentication of signatures.