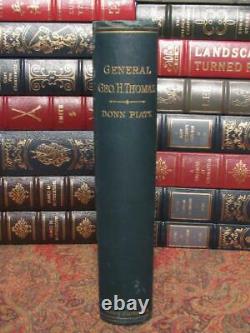 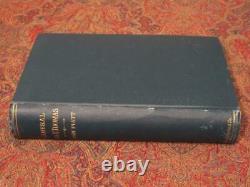 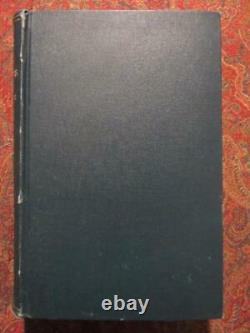 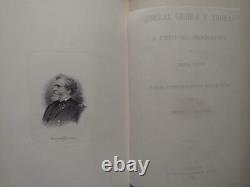 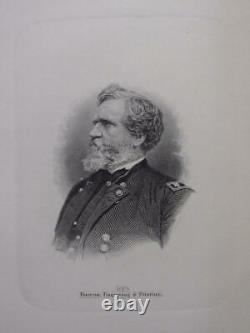 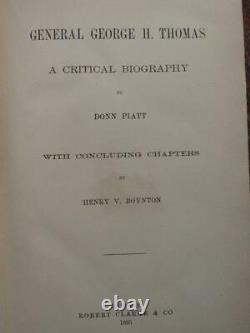 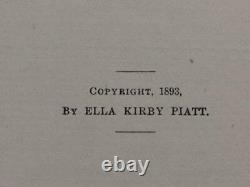 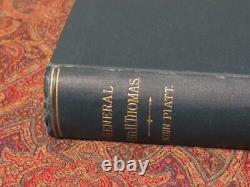 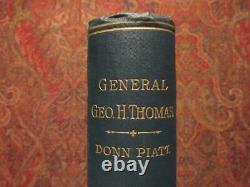 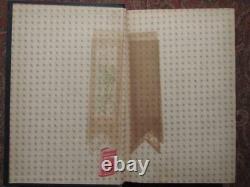 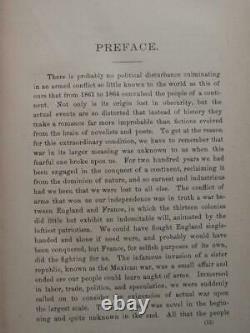 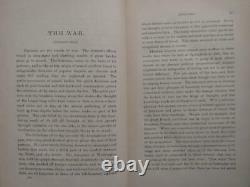 General Thomas was one of the most successful generals of the Civil War a soldier who never lost a battle, who destroyed two Confederate armies, and who saved both Grant and Sherman from defeat. This biography presents a full account of the life and military service of General Thomas.

Beginning with his birth and early lineages, the book traces Thomas upbringing in a Virginia slave-holding family, which in 1831 found themselves in the middle of Nat Turners rebellion. The book discusses his cadetship at West Point, is assignment in the Florida War and the War with Mexico, his appointment to 2nd Cavalry, his service in Texas, is fighting in the campaign in Virginia, his command of a brigade there and appointment to Brigadier General of Volunteers. The book discusses his assignment to Command in Camp Dick Robinson, Kentucky and his advance into East Tennessee, his victory at Hill Springs, his command of the Right Wing before Corinth, his assignment to the Army of the Ohio, his advance towards Chattanooga, the Battle of Perryville, his command of the centre, the Battle of Stone River, his fighting at the Battle of Chickamauga, his withdrawal to Chattanooga, his being assigned to command the Department of the Cumberland, the Battle at Chattanooga, his pursuit of Braggs army, operations against Dalton, fighting at Resaca, Kennesaw Mountain, at Atlanta and Jonesboro, his northward advance to defeat General Hoods army, his defense of Tennessee, the operations around Columbia, Spring Hill, Franklin and Nashville, his defeat and route of General Hood at Nashville, his pursuit of the routed army, his promotion, his expeditions around Alabama, Georgia, East Tennessee, Virginia and North Carolina, the capture of Jefferson Davis, the Military Administration of Thomas during Reconstruction of the Southern States, his death and more.

During the war, Thomas was as famous and respected among the military leadership as any other Union general, and Confederates who faced him wished fate had dictated otherwise. Skilled, methodical, imaginative and always fully prepared, Thomas delivered victories. He secured Middle Tennessee for the Union with a victory at Stones River.

He earned the nickname The Rock of Chickamauga by personally leading a defensive measure that saved three fifths of the Union army, destroyed General Hoods army in the West, built a cavalry force that neutralized the industrialized hubs in Alabama, and helped create the spy network that captured Jefferson Davis. These are only a few of his remarkable accomplishments. THIS BOOK IS IN FINE - CONDITION This original, first edition book is in exception condition. Handsomely bound in dark green-colored, textured covers with bright, gold spine lettering, the book is sharp, bright, and clean. It has solid binding throughout.

There isnt a mark in the book. The book has no writing, smudging, foxing or pasteboards. There is a small, bookstore label and some brown discoloraton to the front end page from a page marker that was placed in the book at some point. The book is in fine condition otherwise. The binding has no looseness or lean and both hinges are fine.

THIS BOOK IS IN FINE - CONDITION. This original, first edition book is in exception condition. The end pages have brown, floral designs printed on them.

The book contains casualty data, official reports and correspondence. Be sure to add me to your. Get Supersized Images & Free Image Hosting. Attention Sellers - Get Templates Image Hosting, Scheduling at Auctiva. The item "GENERAL GEORGE H. THOMAS A CRITICAL BIOGRAPHY 1893 FIRST EDITION CIVIL WAR" is in sale since Saturday, November 14, 2020. This item is in the category "Books\Antiquarian & Collectible". The seller is "books_of_valor" and is located in Burke, Virginia. This item can be shipped worldwide.