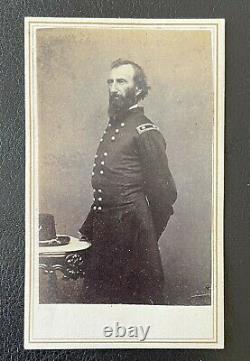 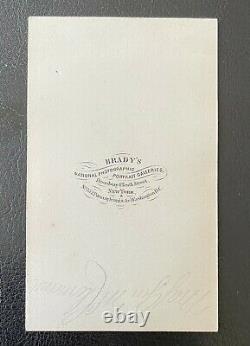 We are offering a Mathew Brady CDV Photograph of Civil War Union General John A. He served under General Grant fighting in the battles at Belmont, Donelson, and Shiloh. Apparently, McClernand was at odds with General Grant who relieved him from his command during the Siege of Vicksburg.

McClernand was known to have communicated directly with President Lincoln instead of going through the chain of command. Apparently, he criticized other generals, including McClellan and Grant, to President Lincoln. The item "CIVIL WAR UNION MAJOR GENERAL JOHN A.

McCLERNAND CDV PHOTO by MATHEW BRADY" is in sale since Thursday, May 20, 2021. This item is in the category "Collectibles\Militaria\Civil War (1861-65)\Original Period Items\Photographs". The seller is "propicker" and is located in Santa Clarita, California. This item can be shipped worldwide.