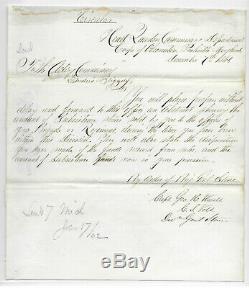 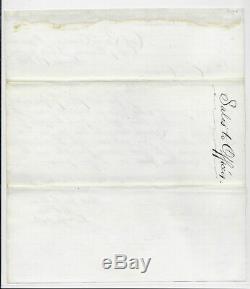 Corps of Observation Poolesville Maryland. You will also state the disposition you have made of the funds received from sales and the amount of Subsistence funds now in your possession. By the Order for Brig Genl Stone.

The Order is in good condition, measures 8" x 9". General Stone was held responsible for the Union's defeat at the Battle of Ball's Bluff (Leesburg, Virginia) that previous October. Poolesville, Maryland is just a few miles from Ball's Bluff, across the Potomac River. General Stone would be arrested 2 months after this order was published, some think as the scapegoat for this humiliating defeat which cost the life of one of Abraham Lincoln's friends, Colonel/US Senator Edward D.

The link to General Stone's bio is below. I have not been able to find the service record of the officer, Capt. Woods who wrote out the General's order. The item "Civil War Order Brigadier General Stone Poolesvile, MD December 7, 1861" is in sale since Monday, August 12, 2019. This item is in the category "Collectibles\Militaria\Civil War (1861-65)\Original Period Items\Other Civil War Original Items".

The seller is "leesburgmagazine" and is located in Warsaw, Virginia. This item can be shipped to United States.