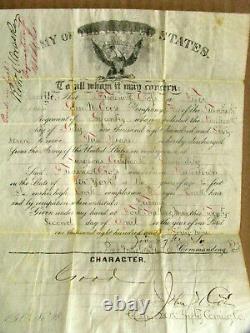 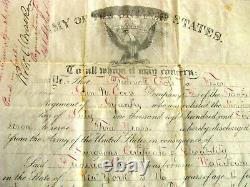 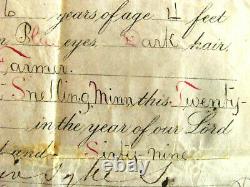 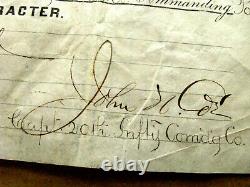 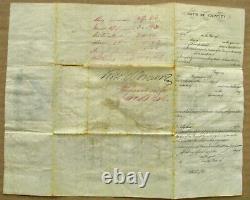 Fort Snelling Minnesota is a historic Indian Wars frontier post, serving as the HQ for the Sioux and Cheyenne War Campaigns and the Dakota Expeditions of the Civil War through the 1870s. An original US Army Discharge for musician and bandsman, FredeRick Cross, a Fifer with the 20th US Infantry. The Discharge on velum with Federal Eagle illUstration, states he enlisted at age 16 from Watertown, New York.

EDischarge is issued at Fort Snelling, Minnesota, April 22, 1869 and signed by Brevet Major General George Sykes as Post Commander. General George Sykes was a notable Apache & Navajo War officer in the 1850s, during the Civil War commander of the famous 5th Army Corps and postwar the Commander at Fort Snelling. The Discharge is also signed by Captain John M Coe who rose from the ranks, serving under General Sykes during the War. 1p 8 x 11 ptd/ink. Age stains, Edge wear, Overall VG.

Comes w with service info. General Orders and other imprints. All items are unconditionally guaranteed to be authentic and in the condition as described. NOTE: Any repair to a paper item is listed. I use only museum curator approved archival repair tape.

PLEASE READ DETAILS OF THE ITEM DESCRIPTION. I TRY TO DESCRIBE ALL ITEMS ACCURATELY.

The item "CIVIL WAR GENERAL GEORGE SYKES SGD MINNESOTA DISCHARGE" is in sale since Sunday, July 5, 2020. This item is in the category "Collectibles\Cultures & Ethnicities\Western Americana\Antique Western". The seller is "99counties" and is located in Winterville, North Carolina. This item can be shipped to United States.