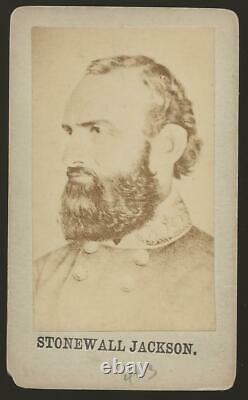 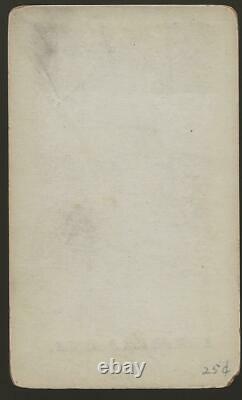 From 1851 to 1861 he taught at the Virginia Military Institute, where he was unpopular with his students. During this time, he married twice. His first wife died giving birth, but his second wife, Mary Anna Morrison, lived until 1915. When Virginia seceded from the Union in May 1861 after the attack on Fort Sumter, Jackson joined the Confederate Army.

He distinguished himself commanding a brigade at the First Battle of Bull Run in July, providing crucial reinforcements and beating back a fierce Union assault. In this context Barnard Elliott Bee Jr. Compared him to a "stone wall", hence his enduring nickname. Jackson performed exceptionally well in the campaigns in the Shenandoah Valley in 1862. Despite an initial defeat due largely to faulty intelligence, through swift and careful maneuvers Jackson was able to defeat three separate Union armies and prevent any of them from reinforcing General George B.

McClellan's Army of the Potomac in its campaign against Richmond. Jackson then quickly moved his three divisions to reinforce General Lee's Army of Northern Virginia in defense of Richmond.

He performed poorly in the Seven Days Battles against George B. McClellan's Army of the Potomac, as he was frequently late arriving on the field.

During the Northern Virginia Campaign that summer, Jackson's troops captured and destroyed an important supply depot for General John Pope's Army of Virginia, and then withstood repeated assaults from Pope's troops at the Second Battle of Bull Run. Jackson's troops played a prominent role in September's Maryland Campaign, capturing the town of Harpers Ferry, a strategic location, and providing a defense of the Confederate Army's left at Antietam. At Fredericksburg in December, Jackson's corps buckled but ultimately beat back an assault by the Union Army under Major General Ambrose Burnside. In late April and early May 1863, faced with a larger Union army now commanded by Joseph Hooker at Chancellorsville, Lee divided his force three ways. On May 2, Jackson took his 30,000 troops and launched a surprise attack against the Union right flank, driving the opposing troops back about two miles.

That evening he was accidentally shot by Confederate pickets. The general lost his left arm to amputation; weakened by his wounds, he died of pneumonia eight days later. Military historians regard Jackson as one of the most gifted tactical commanders in U. [3] His tactics are studied even today.

His death proved a severe setback for the Confederacy, affecting not only its military prospects, but also the morale of its army and the general public. After Jackson's death, his military exploits developed a legendary quality, becoming an important element of the ideology of the "Lost Cause". The item "Civil War Confederate General Stonewall Jackson CDV" is in sale since Wednesday, June 23, 2021. This item is in the category "Collectibles\Militaria\Civil War (1861-65)\Original Period Items\Photographs". The seller is "civil_war_photos" and is located in Midland, Michigan.