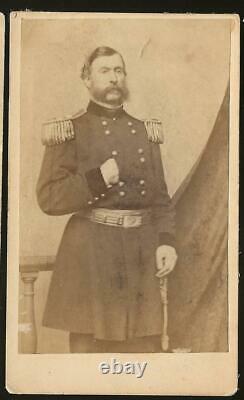 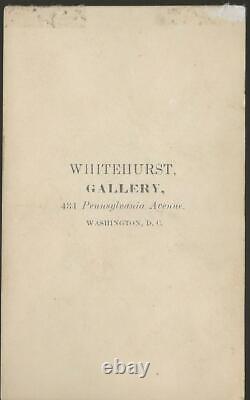 Born at The Wigwam, country home of his father, in Amelia County, Virginia, January 8, 1815. The elder Graham, a physician, was a veteran of both of the wars with England and his three brothers, one of whom was George G. Mead's brother-in-law, were graduates of West Point. All four brothers adhered to the Union in spite of the Southern heritage.

Having been educated by private tutors, he was commissioned directly into the Army in 1837 as a Second Lieutenant of Dragoons and during the Seminole War in Florida was promoted to First Lieutenant and then to Captain. In the Mexican War, he won the brevet to Major for gallant conduct at Palo Alto and Resaca de la Palma, and was regularly promoted to Major in 1858. He was appointed Brigadier General of Volunteers in August 1861. The following October he was placed in charge of a Brigade, comprises of two New York and two Pennsylvania Infantry Regiments of the Army of the Potomac. In march 1862, this command was assigned to Couch's Division of Keyes' IV Corps, with Graham directing it in the siege of Yorktown. However, he soon fell ill and took no further part in the Peninsular Campaign. In June, he was assigned as Chief of Cavalry to the camp of instruction near Annapolis, Maryland, where he rendered good service.

Afterward he acted as President of a General Courts Martial in St. Louis and on the Board for Examination of Invalid Officers at Annapolis. In the meantime he had been made Colonel of the 4th U. Cavalry in 1864 and was mustered out of the Volunteer Service with the rank of Brigadier General for gallant and meritorious service during the war.

He was then only 55 and in his remaining 35 years outlived his wife and both of his sons, one of whom was also a West Point graduate. He became one of the most accomplished Shakesperean scholars in Washington, D. Where he lived from 1877.

He died there September 12, 1905 and was buried in Section 1 of Arlington National Cemetery. His wife, Julia Hutchinson Graham (September 17, 1815-July 18, 1903), is buried with him and her stone reads. This item is in the category "Collectibles\Militaria\Civil War (1861-65)\Original Period Items\Photographs".