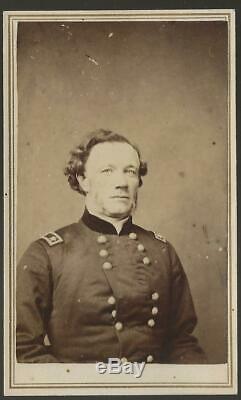 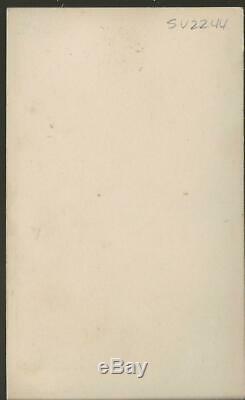 Joseph Jones Reynolds (January 4, 1822 February 25, 1899) was an American engineer, educator, and military officer who fought in the American Civil War and the postbellum Indian Wars. Reynolds was born in Flemingsburg, Kentucky. He briefly attended Wabash College before he received an appointment in 1839 to the United States Military Academy at West Point, New York. After graduating tenth of thirty-nine cadets in the Class of 1843, Reynolds was brevetted as a second lieutenant and initially assigned to the 4th U.

He successively served at Fort Monroe in Virginia, Carlisle Barracks in central Pennsylvania, and then in Zachary Taylor's occupation army in Texas in 1845 before returning to the academy as assistant professor in 1846. On December 3 of that same year, he married Mary Elizabeth Bainbridge. He resigned his army commission and taught engineering at Washington University in St. Louis, Missouri, for a time.

In 1860, he moved to the state of Indiana, where he owned a grocery business with one of his brothers. After receiving a colonel's commission from Governor Oliver P. Morton, Reynolds was placed in command of Indiana's Camp Morton, the wartime state's militia muster encampment at Indianapolis. Reynolds's 10th Indiana Volunteer regiment was sent to western Virginia, where it played a decisive role repulsing Confederates under Robert E.

Although promoted to brigadier general, Reynolds resigned in January 1862 and resumed training Indiana regiments at Camp Morton until November 1862 without a commission. Retroactively appointed colonel of the 75th Indiana volunteers, brigadier general with orders to build a depot and field works in Carthage, Tennessee, and then major general of U. Volunteers, Reynolds commanded a division of XIV Corps, Army of the Cumberland, at Hoover's Gap and Chickamauga. After serving as the army's chief of staff before Chattanooga, Reynolds was transferred to the Gulf of Mexico, where he led a division of XIX Corps that garrisoned New Orleans, Louisiana. He was later promoted to the command of the XIX Corps, and then commanded VII Corps in Arkansas.

He was the brother-in law of Brevet Brigadier General Jules C. After the war, Reynolds remained in the regular army as the Colonel of the 27th U. Infantry Regiment and was then assigned command of the Department of Arkansas.

He later was transferred to duty in Texas during Reconstruction, replacing Charles Griffin in charge of the Department of Texas {5th Military District}. On the morning of March 17, 1876, Reynolds and six companies, about 379 men of the 2nd and 3rd United States Cavalry Regiments attacked a Northern Cheyenne and Oglala Lakota Sioux village on the Powder River, in what became known as the Battle of Powder River. The Native Americans were camped on the west bank of the River in southeastern Montana Territory when Reynolds' soldiers attacked it, and after a five-hour-long engagement, suffering four men killed, six wounded, 66 frostbitten, and inflicting only a few killed and wounded, he withdrew his men from the battlefield and retreated about 20 miles (32 km) to the south.

Native American leaders in the village at the time were Two Moon, He Dog, Little Wolf, and Wooden Leg. During the battle, He Dog rode a horse belonging to Crazy Horse, who was camped only about 15 miles (24 km) to the north during the battle on St. Reynolds's winter campaign of March 1876 ended in failure and he was subsequently court-martialed for three charges. He was found guilty of all of the charges and given the sentence of suspension of rank and pay for one year's period. Joseph Reynolds resigned from the United States Army on June 25, 1877.

Joseph Jones Reynolds died on February 25, 1899, in Washington, D. At the age of 77, and is buried in Arlington National Cemetery. The item "Civil War CDV Union General Joseph Reynolds" is in sale since Saturday, June 27, 2020. This item is in the category "Collectibles\Militaria\Civil War (1861-65)\Original Period Items\Photographs". The seller is "civil_war_photos" and is located in Midland, Michigan. This item can be shipped worldwide.