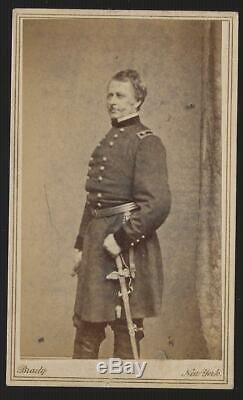 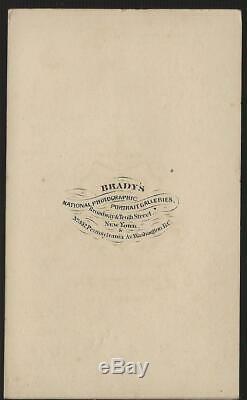 Joseph Hooker (November 13, 1814 October 31, 1879) was a career United States Army officer, achieving the rank of major general in the Union Army during the American Civil War. Although he served throughout the war, usually with distinction, Hooker is best remembered for his stunning defeat by Confederate General Robert E. Lee at the Battle of Chancellorsville in 1863. After graduating from the United States Military Academy in 1837, Hooker served in the Seminole Wars and the MexicanAmerican War, receiving three brevet promotions. He resigned from the Army in 1853 and pursued farming, land development, and (unsuccessfully) politics in California. He distinguished himself as an aggressive combat commander leading a division in the Battle of Williamsburg, May 5, 1862, resulting in his promotion to major general. As a corps commander, he led the initial Union attacks at the Battle of Antietam, in which he was wounded. At the Battle of Fredericksburg, he commanded a "Grand Division" of two corps, and was ordered to conduct numerous futile frontal assaults that caused his men to suffer serious losses. Throughout this period, he conspired against and openly criticized his army commanders. Following the defeat at Fredericksburg, he was given command of the Army of the Potomac. Hooker planned an audacious campaign against Robert E. Lee, but his Army was defeated by the Confederate Army at the Battle of Chancellorsville.

Hooker's subordinate general's mistakes, and a loss of confidence on his part contributed to a failure to marshal the strength of his larger army against Lee, who boldly divided his army and routed a Union corps with a flank attack led by Stonewall Jackson. Casualties were heavy on both sides (approximately 17,000 of the Union's 117,000 troops, and 13,000 of the Confederate's 60,000 troops), and the defeat handed Lee the initiative, which allowed him to travel north to Gettysburg.

Lincoln kept Hooker in command, but when General Halleck and Lincoln declined Hooker's request for troops from Harpers Ferry to reinforce his army while in pursuit of Lee's advance toward Pennsylvania, Hooker resigned his command. Meade was appointed to the command of the Army of the Potomac on June 28, 1863, three days before Gettysburg, and was allowed to take the troops from Harpers Ferry. He continued in the Western Theater under Maj.

Sherman, but departed in protest before the end of the Atlanta Campaign when he was passed over for promotion to command the Army of the Tennessee. Hooker became known as "Fighting Joe" following a journalist's clerical error reporting from the Battle of Williamsburg; however, the nickname stuck. His personal reputation was as a hard-drinking ladies' man, and his headquarters were known for parties and gambling, although the historical evidence discounts any heavy drinking by the general himself. The item "Civil War CDV Union General Joseph Hooker with Rare Presentation Sword by Brady" is in sale since Friday, August 9, 2019. This item is in the category "Collectibles\Militaria\Civil War (1861-65)\Original Period Items\Photographs".