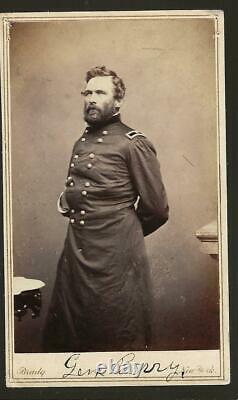 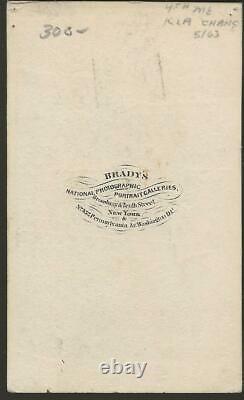 Hiram Gregory Berry (August 27, 1824 May 3, 1863) was an American politician and general in the Army of the Potomac during the American Civil War. Berry was born in Rockland, Maine, where he worked as a carpenter and a navigator. He served several terms in the State Legislature and subsequently became the mayor of Rockland. He also originated and commanded the "Rockland Guard, " a volunteer militia company, which held a reputation for drill and discipline. At the beginning of the Civil War, he went to Augusta and offered his services to the Governor and was given orders to recruit a regiment.

[1] He participated in the First Battle of Manassas under the command of O. For his gallant service at Bull Run he was promoted to brigadier general in March 1862. Berry was reassigned to the command of the 3rd Brigade of Hamilton's Division (later Kearny's), 3rd Corps.

Berry was then promoted to Major-General on November 29, 1862. Berry was placed in command of the 2nd Division of the III Corps, succeeding Major General Daniel Sickles, who had ascended to corps command. Berry was killed by a sharpshooter's round at 7:26AM on May 3, 1863 at the Battle of Chancellorsville. The item "Civil War CDV's General Hiram Berry Maine KIA Chancellorsville" is in sale since Monday, November 30, 2020.