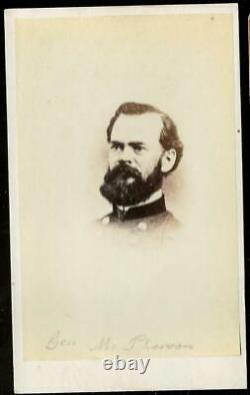 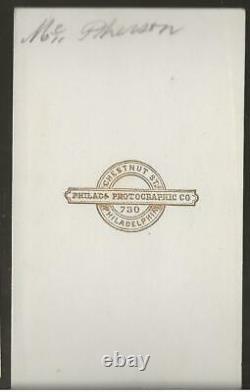 "Guaranteed Civil War image from the 1860's". James Birdseye McPherson (November 14, 1828 July 22, 1864) was a career United States Army officer who served as a general in the Union Army during the American Civil War. McPherson was on the General's staff of Henry Halleck and later, of Ulysses S. Grant and was with Grant at the Battle of Shiloh.

He was killed at the Battle of Atlanta, facing the army of his old West Point classmate John Bell Hood, who paid a warm tribute to his character. He was the second highest ranking Union officer killed in action during the war.

The item "Civil War CDV General James McPherson Killed at Atlanta 1864" is in sale since Friday, April 12, 2019. This item is in the category "Collectibles\Militaria\Civil War (1861-65)\Original Period Items\Photographs". The seller is "civil_war_photos" and is located in Midland, Michigan. This item can be shipped worldwide.