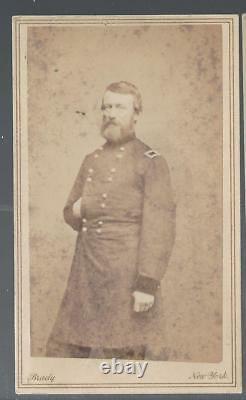 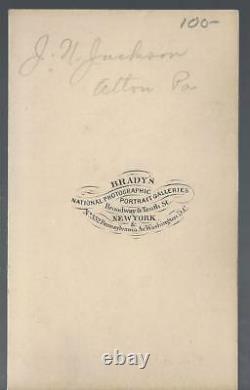 Nathaniel James Jackson (July 28, 1818 - April 21, 1892) was an American machinist and soldier. He served as a general in the Union Army during the American Civil War, in which he was wounded three times. After the war Jackson operated a mine. In 1861 Jackson chose to follow the Union cause. He was appointed commander of the 1st Maine Infantry Regiment on May 3, with the rank of colonel. The 1st Maine did not participate in the opening campaigns of the Civil War, and the 90-day regiment as well as Jackson were mustered out of the volunteer service in early August. Jackson re-entered the Union Army on September 3, 1861, as colonel of the 5th Maine Infantry. This regiment enlisted for 3 years service, and Jackson's appointment to command it was not popular. His assignment was announced on September 9, which led to a near mutiny in the regiment. Several officers resigned and General Henry W.

Slocum had to act swiftly to prevent further mutinous acts by the members of the 5th Maine. [3] Jackson and the 5th then participated in the 1862 Peninsula Campaign. He fought during the Battle of Gaines' Mill on June 27, where Jackson was wounded in his right elbow. [4] His regiment lost 10 killed, 69 wounded, and another 16 men missing in the battle.

Upon recovering, Jackson participated in the 1862 Maryland Campaign. He fought at the Battle of Crampton's Gap on September 14, and was present Battle of Antietam three days later. [6] On September 19 Jackson was wounded in his knee in fighting again at Crampton's Gap.

[4] On September 23 at his camp near Williamsport, Maryland, Jackson submitted his official report concerning the battle on September 14, saying: About 3.30 o'clock p. We received orders to move forward.

We were formed in the first line of battle... Our position being upon the left. We immediately moved forward in line to assault the enemy's lines... Arriving within about 500 yards, we became engaged with the enemy's infantry.

Our line rested behind a rail fence, which position we maintained for upward of an hour, when our ammunition became completely exhausted. We then fell back a short distance...

Then received orders to fix bayonets and charge upon the enemy, which we did at double-quick. We remained upon the battle-field during the night. Both officers and men behaved in a noble manner.

Our loss was 4 killed and 28 wounded. Jackson after his 1862 promotion to brigadier general. Jackson was promoted to brigadier general on September 24, 1862, and given brigade command in the XII Corps of the Army of the Potomac that October. [4] His brigade and the XII Corps was stationed at Harper's Ferry during the Battle of Fredericksburg in December. [6] Jackson was seriously wounded on April 17, 1863, in Spotsylvania County, Virginia, when his horse slipped and Jackson fractured his right thigh.

[4] The injury prevented him from participating in the Battle of Chancellorsville that May and he was out of action until the fall. When Jackson was fit enough for light duty, he was given command of the Draft Depot in New York Harbor located on Rikers Island, and then on Hart's Island, posts he held for over a year. [6] On November 11, 1864, Jackson was ordered to the Western Theater and given temporary command of a division of XX Corps in the Army of Georgia.

He led it during Sherman's March to the Sea in November and December 1864, in which Jackson was wounded when he was shot just above his right ankle. In 1865 he continued to lead his division in the Carolinas Campaign until April 2, fighting at the Battle of Bentonville. Jackson was brevetted to the rank of major general in the Union Army on March 15, due to his conduct at Battle of Gaines' Mill nearly three years prior.

"Guaranteed period item from the Civil War" "Guaranteed Civil War image from the 1860's". This item is in the category "Collectibles\Militaria\Civil War (1861-65)\Original Period Items\Photographs". The seller is "civil_war_photos" and is located in this country: US.