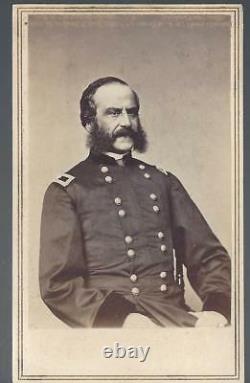 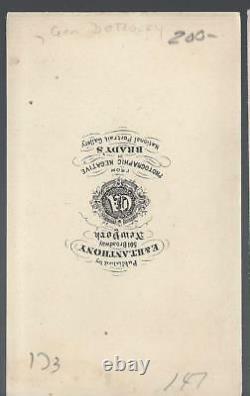 Gustavus Adolphus De Russy (November 3, 1818 - May 29, 1891) was a US Army officer, who became a general during the American Civil War. De Russy was born in Brooklyn to French-American army officer René Edward De Russy and Helen Augusta Maxwell. He was also brother-in-law to Union general Henry Jackson Hunt. He entered West Point in 1835, but was forced to resign in 1838 for alcohol use. In 1847, he was commissioned a second lieutenant in the army and served in the Mexican-American War.

By virtue of his service in the Mexican War he became a member of the Aztec Club of 1847 in 1881. He remained in the army following the war, and served as quartermaster at Fort Monroe from 1848 until 1857, when he was promoted to captain. By the start of the Civil War, he was serving in the 4th US Artillery. He commanded the artillery reserve of III Corps in the Peninsula Campaign and the Seven Days Battles, receiving promotions to major and lieutenant colonel.

He was promoted to colonel in March 1863 and again to brigadier general of volunteers in May of the same year, and commanded the southern defences of Washington, D. Until the end of the war. After the war, he reverted to the rank of major and continued serving in the army, receiving new promotions to lieutenant colonel (1879) and colonel (1882) until retiring in 1882.

De Russy eventually died in his home in Detroit, Michigan. He was buried in Elmwood Cemetery in his hometown.

"Guaranteed period item from the Civil War" "Guaranteed Civil War image from the 1860's". The item "Civil War CDV Brigadier General Gustavus de Russey" is in sale since Monday, January 8, 2018. This item is in the category "Collectibles\Militaria\Civil War (1861-65)\Original Period Items\Photographs". The seller is "civil_war_photos" and is located in Midland, Michigan.