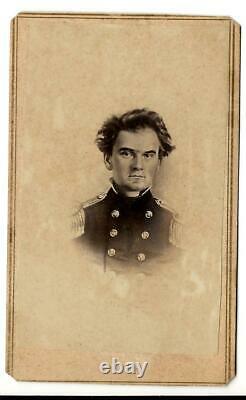 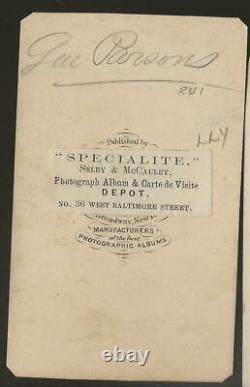 William Henry Parsons, newspaper editor, legislator, and Confederate colonel, son of Samuel and Hannah (Broadwell) Parsons, was born in New Jersey on April 23, 1826. When William was still a small child, his father moved the family to Montgomery, Alabama. As a young man William attended Emory College at Oxford, Georgia, but resigned in 1844 to enlist in the war with Mexico, where he fought under Zachary Taylor.

After the war Parsons settled in Texas. On February 18, 1851, he married Louisa Dennard of Jefferson, with whom he had five children. In 1852 Parsons joined a stock company, bought a newspaper, and became editor of the Tyler Telegraph.

Throughout the 1850s he lectured and wrote on local, state, and national issues for various Texas papers. In 1860 he founded his own newspaper in Waco, the South West, a weekly devoted to supporting southern rights. When the Civil War began he received a commission as a colonel from Governor Edward Clark with authorization to raise a regiment for state service. First known as the Fourth Regiment Texas Volunteer Cavalry, when the unit mustered into the Confederate army on October 28, 1861, it became the Twelfth Texas Cavalry.

In the spring of 1862 the Twelfth took part in successfully defending Little Rock against Brig. Curtis's Union army, and by October Parsons had command of a brigade consisting of his own Twelfth Texas, Nathaniel M. Burford's Nineteenth Texas Cavalry, George W. Carter's Twenty-First Texas Cavalry, and Joseph H. Pratt's Tenth Texas Field Battery. At various times Parsons also commanded several independent companies, and some of these later joined the brigade as a battalion under Charles L. Throughout the war Parsons's men served as scouts and raiders along the west bank of the Mississippi from Missouri to Louisiana. They participated in numerous skirmishes and several battles including the ejection of Maj. Nathaniel Banks's federal army from Louisiana during the Red River Campaign of 1864. Parsons was recommended for the rank of brigadier general several times, but never received a promotion because of a dispute over precedence with Colonel Carter. Both men at various times led parts of the brigade.

He was elected to the state Senate and served in the Twelfth Legislature (187071) as representative of Harris, Montgomery, Anderson, Henderson, and Van Zandt counties. In 1871 President Ulysses S. Grant appointed him a United States Centennial commissioner, and he moved to New York. In his later life Parsons held various government positions and lived in Washington, D. After his younger brother Albert R.

Parsons was arrested as a consequence of the Haymarket Riot in Chicago in 1886, Parsons visited him before his execution. In the late 1870s Parsons, by this time a widower, was married a second time to Myra Berry. He died on October 3, 1907, at the home of his son Edgar in Chicago and was buried next to Myra in Mount Hope Cemetery, Hastings-on-Hudson, New York. The item "Carte de Visite Civil War Confederate General William Henry Parsons Texas" is in sale since Saturday, July 31, 2021.