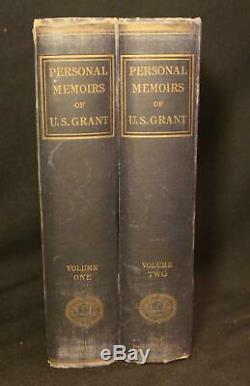 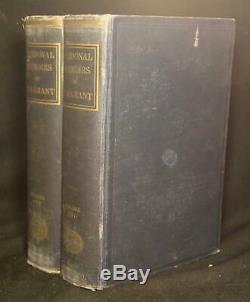 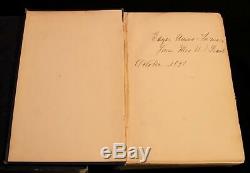 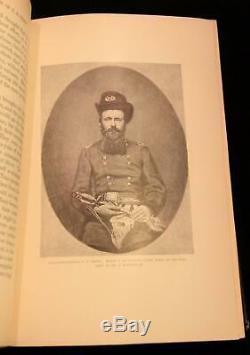 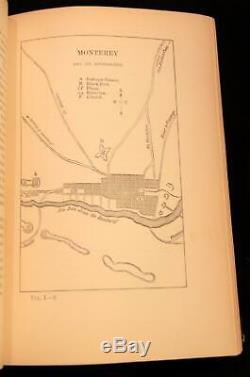 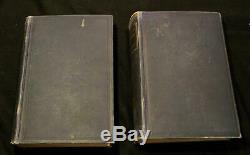 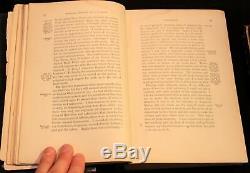 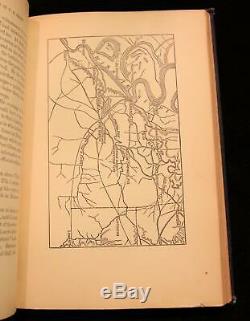 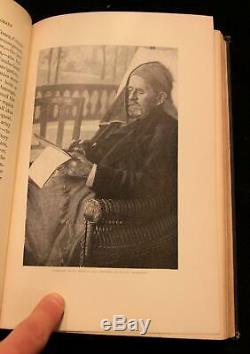 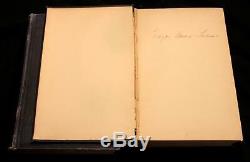 1895 PERSONAL MEMOIRS OF GENERAL ULYSSES S. GRANT Civil War SIGNED JULIA D GRANT. One of the most valuable writings by a military commander in history! SIGNED BY GRANT'S WIDOW, JULIA. FOR WHOM THIS SET PROVIDED A LIVING AFTER HIS DEATH!

"Grant's memoirs comprise one of the most valuable writings by a military commander in history"--Eicher 492. GRANT, THE GENERAL'S WIDOW, AS MRS. Original Cloth Bindings, lettered and decorated in gilt! Size: 9" x 6" Ulysses S. Grant (born Hiram Ulysses Grant; April 27, 1822 July 23, 1885) was the 18th President of the United States (18691877) following his highly successful role as a war general in the second half of the Civil War.

Under Grant, the Union Army defeated the Confederate military ; having effectively ended the war and secession with the surrender of Robert E. Lee's army at Appomattox. [1]As president he led the Radical Republicans in their effort to eliminate all vestiges of Confederate nationalism and slavery.

Upset over uncontrolled violence in the South, President Grant effectively destroyed the Ku Klux Klan in 1871. [2][1] President Grant believed in the protection of African American voting and civil rights.

In terms of foreign policy, Grant revealed an "unexpected capacity for deliberation and consultation" that promoted the national interest. [3] His reputation was marred by his repeated defense of corrupt appointees, and by the deep economic depression (called the "Panic of 1873") that dominated his second term.

Although his Republican Party split in 1872 with reformers denouncing him, Grant was easily reelected. By 1875 the conservative white Southern opposition regained control of every state in the South and as he left the White House in March 1877 his policies were being undone. Reconstruction ended on a note of failure as the civil rights of blacks did not remain secure.

President Grant, however, after the controversial Presidential election of 1876, through a series of military deployments, secured the South from succession. Hinges cracked in both volumes; volume 1, first 7 or 8 pages loose from book but intact; some wear on edges of these pages; first 20 or 30 pages have small stain in corner; several pages have small tears; volume 2 has pretty clean pages with some light foxing; contemporary owner's name on front endpaper; covers quite worn; SIGNED AND INSCRIBED BY MRS. GRANT ON FRONT ENDPAPER OF VOLUME 1. We also have many rare Americana items, First Editions, and Rare Books this week.

CHECK OUT OUR OTHER LISTINGS! See our other listings for more interesting and collectible books! Add me to your Favorite Sellers. Get Supersized Images & Free Image Hosting. Attention Sellers - Get Templates Image Hosting, Scheduling at Auctiva. The item "1895 PERSONAL MEMOIRS OF GENERAL ULYSSES S. GRANT Civil War SIGNED JULIA D GRANT" is in sale since Monday, June 1, 2020.

This item is in the category "Books\Antiquarian & Collectible". The seller is "lfmbooks" and is located in Grand Junction, Colorado. This item can be shipped worldwide.