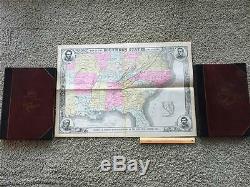 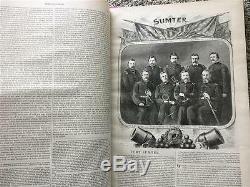 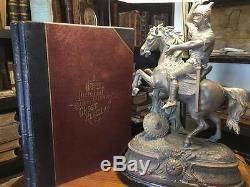 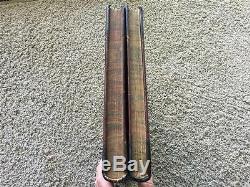 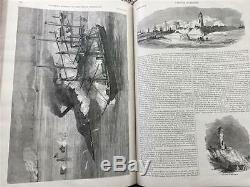 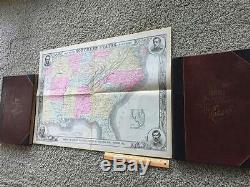 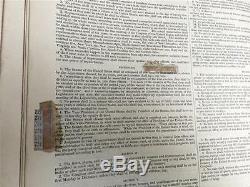 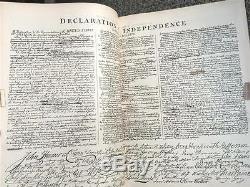 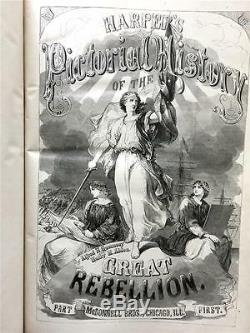 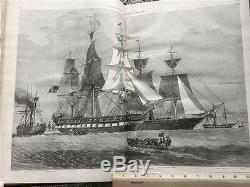 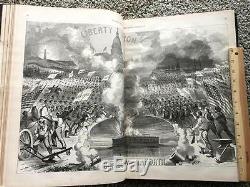 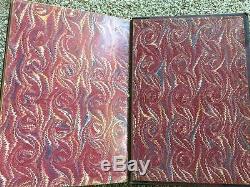 Harper's Pictorial History of the Great Rebellion. Part First - To the Close of the Peninsular Campaign of 1862. Harper & Brothers, New York, 1866. Amazing extra-large rare fold out map. Of the Southern States war/battle states.

Dated 1863, Map size 31 ½ x 21 total paper size with map size 30 x20. And illustrations, and full-page and inset maps. Many full page and double page engravings that can be framed.

Spines & corners bumped and a crack HINGE ON leather COVER the full length of front cover hinge but in good working condition/strong hinge, all gilt titles intact. Spine has the normal wear with some missing material on top and bottom with some dings and scratches to spinE cover. Pages 7 and page 10 have a closed tear half page long, that has been repaired with acid document. Tape, also an old repair with tape from early 20. This is a sturdy and attractive example of a set often found in serious disrepair.

[ii], 380; iv, 381-836 pp. Contemporary account of the American Civil War, compiled largely from the writings of war correspondents and others during the war, and released in two volumes in 1866 and 1868, respectively. (most notably a four-panel fold-out color map of the Southern states).

The Battle of Bull Run; IV. The Army of the Potomac - Ball's Bluff; V. The Policy of the Federal Government; VIII.

The Virginia and the Monitor; XIV. The Capture of New Orleans; XV.

Butler's Administration at New Orleans; XVI. The Trans-Mississippi Campaign of 1862; XVII. Kentucky, Tennessee and Northern Mississippi; XVIII. The Peninsular Campaign - I. From the Potomac to the Chickahominy; XIX.

From the Chickahominy to the James; XXI. The Peninsular Campaign - IV.

The Withdrawal from the Peninsula. Pope's Campaign in Virginia; XXIII. The Invasion of Maryland - Antietam; XXIV. Burnside's Campaign - Fredericksburg; XXV.

The Chattanooga Campaign - III. The Army of the Ohio.

Price's Missouri Raid; XLI. The Campaign in Virginia - From the Rapidan to the James; XLIII. The Investment of Petersburg; XLIV.

The Retreat and Surrender of Lee; LVIII. Flight and Capture of Davis; LX. The Death of Lincoln; LXI. Conduct of the War; LXII.