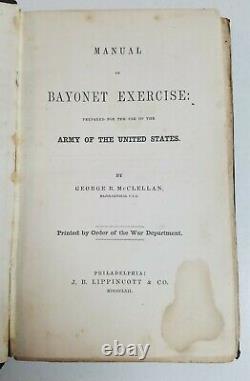 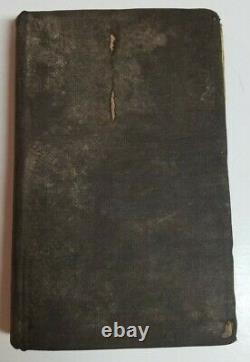 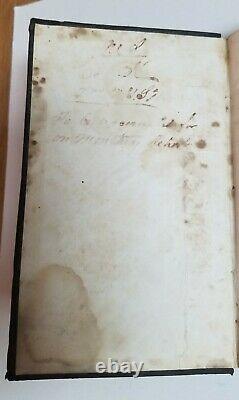 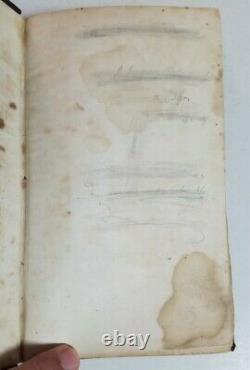 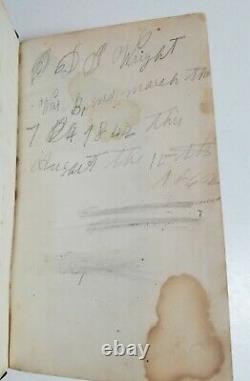 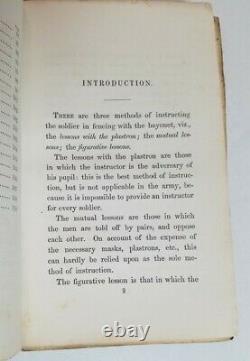 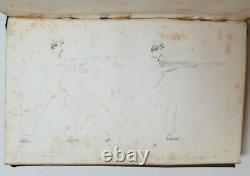 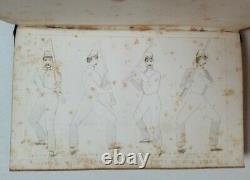 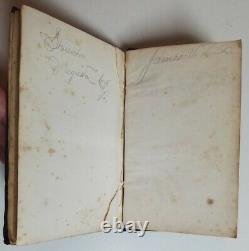 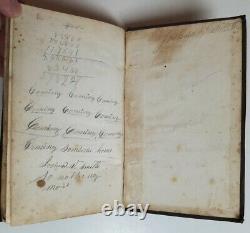 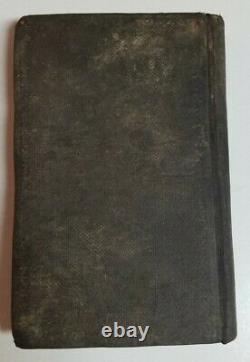 Title: Manual of Bayonet Exercise; Prepared for the Use of the Army of the United States. Format: hardcover; cloth-covered boards; gilt titles on spine. Length: 118 pages (+24 unnumbered plates).

Size: approximately 4 3/4" by 7 5/8". Illustrations: 24 full page plates of bayonet drills. A graduate of West Point, McClellan served with distinction during the MexicanAmerican War (18461848), and later left the Army to work on railroads until the outbreak of the American Civil War (18611865). In 1852 McClellan published Bayonet Exercise, or School of the Infantry Soldier, in the Use of the Musket in Hand-to-Hand Conflicts which he had translated from the original French. Early in the conflict, McClellan was appointed to the rank of major general and played an important role in raising a well-trained and organized army, which would become the Army of the Potomac in the Eastern Theater; he served a brief period (November 1861 to March 1862) as Commanding General of the United States Army of the Union Army.

It was as Commanding General that he revised and reissued this work under its new title. Provenance: Written in ink on the inside cover is the following: U. M/To be accounted for on monthly report. This appears to refer to Company K of the Second Regiment of the New York State Militia, which was nicknamed the Troy Regiment. This regiment mustered in the US Army on May 14, 1861 and was mustered out May 26, 1863.

Writing on the first front-facing endpaper has been obscured/erased. Written in pencil on the second front-facing endpaper is the following: D G [or D J] Wright was bornd march the 7 1842 this August the 10th 1862. This inscription appears to have been added during the war and likely was written by one of the members of Company K. On the back of the last plate, written in pencil is Staunton, Augusta Co.

Condition: This unique book is well-worn, which may in part be from being carried by the Union Army in battle and subsequently coming into the hands of Confederate soldiers who then carried it on their campaigns. The binding is intact with some weakness--particularly at the hinges; a few pages are loose. The cloth covering is worn, torn, and discolored. The cover corners are bumped.

The gilt lettering is faded. Most of the pages have some foxing. The first several pages (including the Title Page) has staining. One of the rear endpapers is missing--this may have been a page advertising other publications. The figures have significant foxing.

Despite these condition issues, this book is a rare historical Civil War piece. The item "1862 MANUAL OF BAYONET EXERCISE Union Army Civil War General George McClellan" is in sale since Wednesday, July 21, 2021. This item is in the category "Books & Magazines\Antiquarian & Collectible". The seller is "samson2000" and is located in Lee's Summit, Missouri.