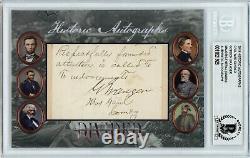 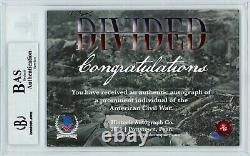 2019 Historic Autographs Civil War Divided Major General Gordon Granger Cut Signature (Beckett Authenticated and Slabbed). Gordon Granger issued General Order No. 3, which informed the people of Texas that all enslaved people were now free, and began the holiday of Juneteenth! On June 19, 1865, two and a half years after President Abraham Lincolns historic.

3, which informed the people of Texas that all enslaved people were now free. Granger commanded the Headquarters District of Texas, and his troops had arrived in Galveston the previous day. This day has come to be known as Juneteenth, a combination of June and 19th. It is also called Freedom Day or Emancipation Day, and it is the oldest known celebration commemorating the end of slavery in the United States. The people of Texas are informed that, in accordance with a proclamation from the Executive of the United States, all slaves are free. This involves an absolute equality of personal rights and rights of property between former masters and slaves, and the connection heretofore existing between them becomes that between employer and hired labor. The freedmen are advised to remain quietly at their present homes and work for wages. They are informed that they will not be allowed to collect at military posts and that they will not be supported in idleness either there or elsewhere.