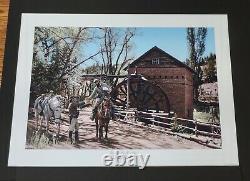 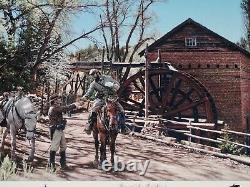 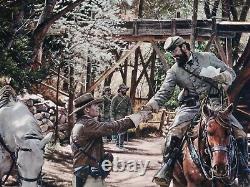 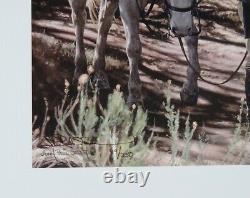 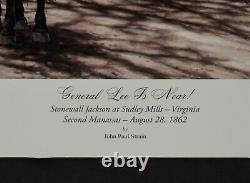 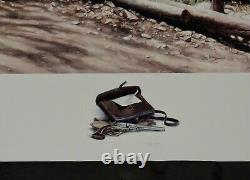 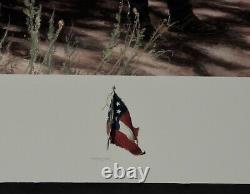 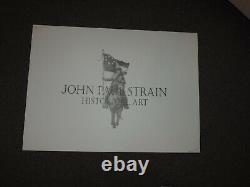 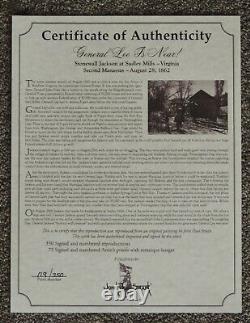 General Jackson at Sudley Mills - Virginia. He warm summer month of August 1862 was a critical time for the Army of Northern Virginia. Its commander General Robert E. Lee was stalking his opponent, General John Pope like a hunter in the woods along the Rappahannock river.

General Pope commanded a Federal army consisting of 50,000 troops and was waiting to link up with another Federal army of 80,000 men under the command of General McClellan. General Lee had to destroy Pope's army before the link could happen.

General Lee's plan was bold and audacious. He would deploy one of his top generals, Stonewall Jackson for the assignment.

Jackson was to take his three divisions of 23,000 men and skirt around the right flank of Pope's army using the Bull Run Mountains to screen his movements and cut through the mountains at Thoroughfare Gap. Then in the rear of Pope's forces he would cut Pope's communication and supply lines from Washington, the Orange and Alexandria Railroad line. Pope would be forced to move on the new threat and be further drawn away from McClellan.

Then Lee and Jackson would attack together and take out Pope's army, and turn on McClellan. The plan was daring and dangerous for Jackson and his command, as he could possibly find himself cut off from Lee, facing two huge Federal armies if all did not go well.

Jackson's march began at 3 A. On August 25th with orders for no straggling.

The men were pushed hard and made good time passing through the village of Orleans by mid-day. After a 26 mile march, the men went to sleep along the roadside.

Passing through Thoroughfare Gap after sunrise the next day, Jackson headed for the town of Bristoe and the railroad. That evening at Bristoe the Confederates attacked the station capturing all the Federal troops that did not flee. Jackson's men opened a railroad track derailing switch and soon a locomotive train barreling down the tracks crashed down the embankment in cloud of steam, smoke, and twisted metal.

After the excitement, Jackson consolidated his troops as it became dark. His men were exhausted after their 56 mile march in two days but Jackson wasn't finished with the day. He sent General Isaac Trimble with his men to secure Manassas Junction before it could be reinforced. Trimble's troops along with Stuart's cavalry attacked Manassas Junction after midnight, capturing 300 Federals and the post commander. The following day Jackson and his men found that Manassas Junction held the mother load of supplies and commissary stores.

The confederates stuffed their haversacks with all they could carry including such delicacies as rhine wine and lobster salad! General Jackson ordered his men to obtain four days rations and destroy all the rest. That night the army headed northwest to Sudley Springs Ford at Bull Run. Thanks to Jackson and his command, the first phase of General Lee's plan had been successfully carried out on time, but now the alarm had been sounded and General Pope was on the way. It was now time to prepare for the deadliest part of the plan and take on 50,000 men.

But Jackson needed the help of Lee to take on that kind of force. Had they been held up, running into trouble? Had they been stopped at Thoroughfare Gap that was only 200 yards wide? On August 28th Jackson had made his headquarters at Sudley Mills. One of the mills was a grist mill that turned out tons of corn, the other a large saw mill.

General Jackson passed the early afternoon riding alone and restlessly worrying, while his men rested in the shade from the hot sun. At about 3:00PM at the mill a courier arrived. His dispatch reported that the second half of the Confederate army was approaching Thoroughfare Gap. General Jackson "beamed with pleasure" and with uncharacteristic exuberance shook the courier's hand for the great news.

I have been in business now for over 45 Years... The item "John Paul Strain General Lee Is Near Hand SIgned Civil War Print MINT" is in sale since Monday, February 10, 2020. This item is in the category "Art\Art Prints". The seller is "framingfox217" and is located in New Bern, North Carolina.