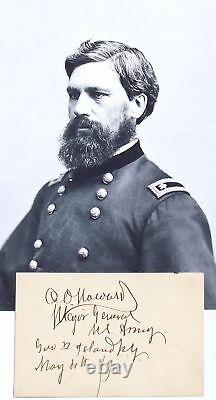 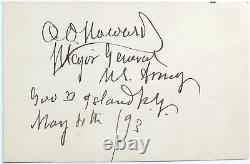 Oliver Otis Howard [1830 1909] was a career United States Army officer and a Union general in the American Civil War. As a brigade commander in the Army of the Potomac, Howard lost his right arm while leading his men against Confederate forces at the Battle of Fair Oaks/Seven Pines in June 1861, a action for which he was awarded the Medal of Honor. As a corps commander he suffered two humililating defeats at Chancellorsville and Gettysburg in May and July of 1863, but recovered from the setbacks as a successful corps and later army commander of the Western Theater.