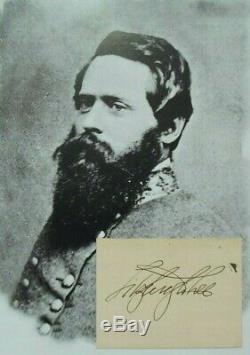 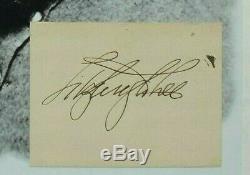 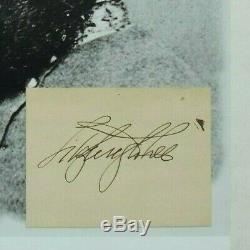 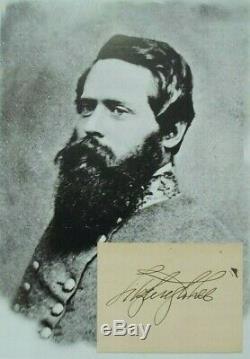 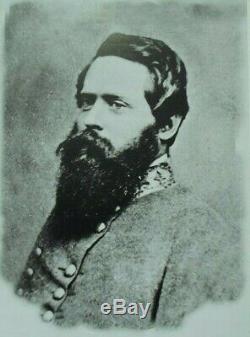 Fitzhugh Lee [1835 1905] was a Confederate cavalry general in the American Civil War, the 40th Governor of Virginia and United States Army general in the Spanish-American War. Lee graduated from the Unites States Military Academy in 1856 and served along side his uncle Robert E. Lee in the 2nd Cavalry Regiment. Lee distinguished himself in battles against the Comanches in Texas in 1859 and was seriously wounded. Upon the outbreak of the American Civil War Lee joined the Confederate States Army and commanded at the First Battle of Bull Run and established himself as an aggressive commander. During the war Lee commanded at numerous engagements including the Gettysburg Campaign, the Battle of the Wilderness, Battle of Spotsylvania, etc.

Lee was also the last Confederate cavalry commander to led a charge on April 9, 1865 at Farmville, Virginia. General Fitzhugh Lee was also present with his uncle General Robert E. Lee at the surrender at Appomattox. The autograph is signed''Fitzhugh Lee'' in black fountain pen. The card measure 3.50 x 2.75 inches, it has trivial toning otherwise it is in fine condition.

The autograph is authentic, rare and will be a desirable addition to any Civil War collection. We have listed a nice collection of military, aviation, explorers, political and astronaut autographs. Our policy is simple, all our autographs are researched and guaranteed authentic with''No'' time limits. Check out my other items.

Be sure to add me to your favorites list. The item "General Fitzhugh Lee Confederate Civil War Cavalry Commander Autograph Card" is in sale since Saturday, June 6, 2020.