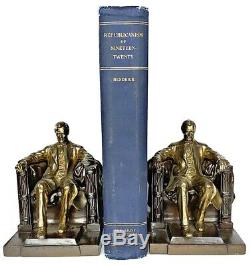 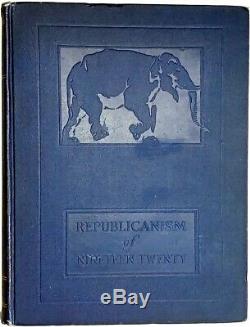 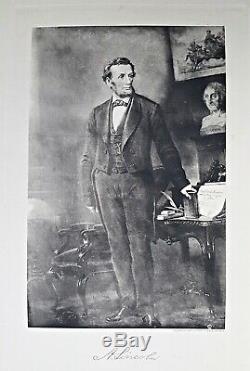 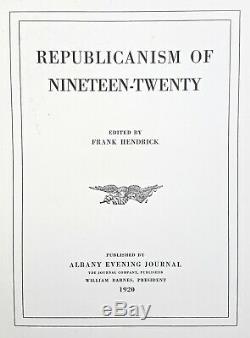 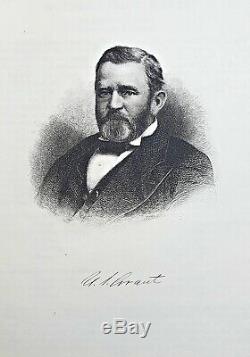 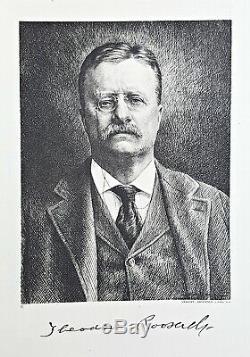 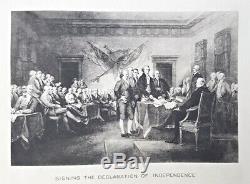 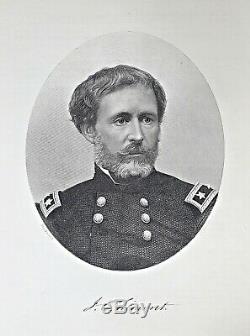 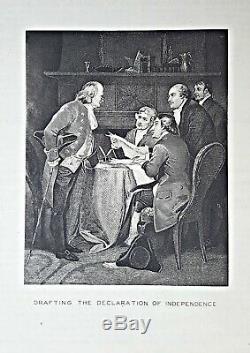 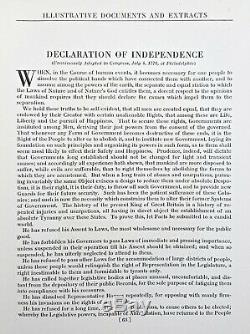 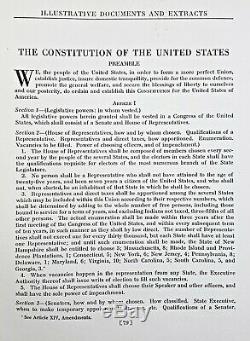 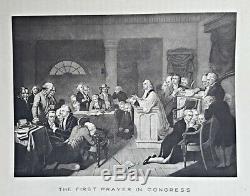 GET IT WHILE YOU CAN!! A PARTY NOT OF ISSUES BUT OF ACHIEVEMENTS. T his sale is for an original 1920 edition of " REPUBLICANISM OF NINETEEN-TWENTY " edited by Frank Hendrick. YOU'LL LOVE THIS BOOK!! This book will serve a useful purpose in 2020 ELECTION as it offers a permanent value and concise history of the REPUBLICAN PARTY!

A Turn to the Right: Conservatism Grows in America in the 1920s. The election of 1920 saw the weakening of the Democratic Party. The death of Theodore Roosevelt and Woodrow Wilson's ill health meant the passing of a generation of Progressive leaders. The waning of the Red Scare took with it the last vestiges of Progressive zeal, and Wilson's support of the League of Nations turned Irish and German immigrants against the Democrats.

Americans were tired of reform, tired of witch hunts , and were more than ready for a return to normalcy. Above all, the 1920's signaled a return to a pro-business government almost a return to the laissez-faire economic policy of the Gilded Age of the late 19th century.

Calvin Coolidge's statement that "the chief business of the American people is business" became the dominant attitude. " REPUBLICANISM " is about one of the two major contemporary political parties in the United States. The Republican Party was founded by anti-slavery expansion activists in 1854. It is also often called the Grand Old Party or the GOP , despite being the younger of the two major parties. The party's platform is generally considered right of center in the U.

It states the history of the party and its beginning as well as the views of the republican party. The Republican Party was founded in the northern states in 1854 by anti-slavery activists, modernizers, ex-Whigs and ex-Free Soilers, the Republican Party quickly became the principal opposition to the dominant Democratic Party. It first came to power in 1860 with the election of Abraham Lincoln to the Presidency and oversaw the American Civil War and Reconstruction. The first official party convention was held on July 6, 1854 in Jackson, Michigan. The Republicans' initial base was in the Northeast and the upper Midwest.

With the realignment of parties and voters in the Third Party System, the strong run of John C. Fremont in the 1856 Presidential election demonstrated it dominated most northern states. Early Republican ideology was reflected in the 1856 slogan free labor, free land, free men.

" Free labor " referred to the Republican opposition to slave labor and belief in independent artisans and businessmen. The Party had the goal of containing the expansion of slavery, which would cause the collapse of the Slave Power and the expansion of freedom. Lincoln, representing the fast-growing western states, won the Republican nomination in 1860 and subsequently won the presidency. The party took on the mission of saving the Union and destroying slavery during the American Civil War and over Reconstruction. In the election of 1864, it united with pro-war Democrats to nominate Lincoln on the National Union Party ticket.

It was a time filled with new dances, new kinds of clothes and some of the most imaginative art and writing ever produced in the United States. But in most ways, the nineteen twenties were a conservative time in American life. Voters elected three conservative Republican presidents: Warren Harding, Calvin Coolidge and Herbert Hoover. And they supported many conservative social and political policies. One such policy concerned immigration.

Most Americans in the nineteen twenties had at least some ties through blood or marriage to the first Americans who came from Britain. Many people with these kinds of historic ties considered themselves to be real Americans, true Americans. Americans traditionally had welcomed newcomers from such western European countries as Britain, France, or Germany.

But most of the people arriving in New York City and other harbors in the nineteen twenties were from the central, eastern and southern areas of Europe. Some Americans became afraid of these millions of people arriving at their shores.

They worried that the immigrant newcomers might steal their jobs. Or they feared the political beliefs of the immigrants. Published in 1920, this book is in VERY GOOD CONDITION! For its age and especially to be just shy of 100 YEARS OLD!!! And tightly bound with NO TEARS!!! It measures 9 1/2" x 12 1/4" and contains 258 pages. We are an established company with over 18 years of experience, providing you with a massive inventory for all your literary needs. Our goal is to give you the personal customer service YOU deserve!

Your communication is most appreciated should there be any questions or concerns. Thanks for this opportunity to assist you!

Please see our other books too! The item "DONALD TRUMP REPUBLICAN PARTY Abraham LINCOLN Civil War President GENERAL GRANT" is in sale since Sunday, August 2, 2020. This item is in the category "Books\Antiquarian & Collectible". The seller is "rebel_soldier" and is located in Cameron, North Carolina.