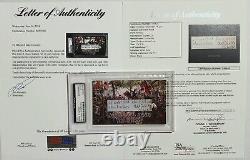 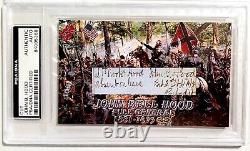 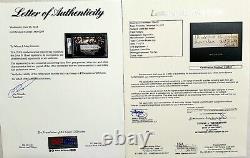 BEAUTIFUL AND EXTREMELY HARD TO FIND ESI #279 2018 CIVIL WAR BATTLE SERIES CONFEDERATE LT. GENERAL JOHN BELL HOOD PSA/DNA AUTOGRAPH WITH ADDITIONAL JSA COA/LOA FOR UNUSUAL CARE TO KEEP THE CHAIN OF PROVENANCE? FROM AN THE ESTATE OF A LARGE COLLECTOR OF HIGH-END AND EXTREMELY RARE AUTOGRAPHS, CARDS, AND OTHER COLLECTIBLES.

The front and back detail are amazing and the front even provides an image of Hood directing his men, sword drawn in right hand, left hand clutching the CSA Battle Flag. The back provides the name of the artist, Don Troiani, incase a collector wants a matching art piece. John Bell Hood was a U. Military officer who served as a Confederate general during the Civil War (1861-65). A graduate of West Point, Hood joined the Confederacy in 1861 and gained a reputation as a talented field commander during the Peninsula Campaign and the Second Battle of Bull Run in 1862.

Hood served as a division commander at the Battles of Antietam and Fredericksburg, and lost a leg and the use of one of his arms after being severely wounded at the Battles of Gettysburg and Chickamauga in 1863. Promoted to full general in 1864, Hood served in independent command over the Army of Tennessee during the Atlanta Campaign. His aggressive tactics ultimately proved futile against William T. Sherman's larger Union force, and Hood later suffered a series of bitter defeats during the Franklin-Nashville Campaign in late 1864.

He died in 1879 at the age of 48. The card is enclosed in a plastic sleeve to prevent the case from scratching and has been tapped carefully to close and fit this extremely rare work of art. ESI cards are like none other and the attention they are given from the inside out sets them apart. Not at all a cookie cutter type card. And Enjoy looking at this rare series of card that are like no other while the listing lasts.

ESI cards from what I have seen sell quickly. I will be listing a couple more in the collection including on from the Revolutionary War Set and another extremely hard to find Confederate General, a very very hard to find CSA Lieutenant General Stephen D. This item is in the category "Collectibles\Autographs\Military". The seller is "totalarchives" and is located in this country: US.