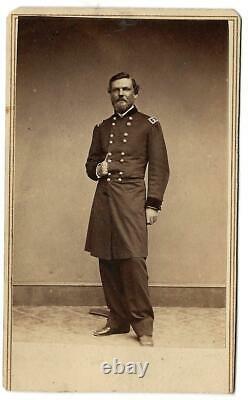 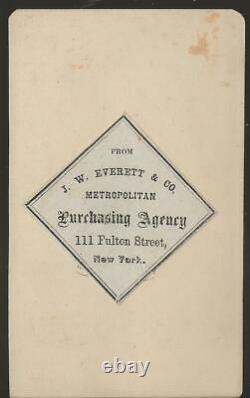 From Wikipedia, the free encyclopedia. Jump to navigationJump to search. For other people with the same name, see John Newton (disambiguation). This article includes a list of general references, but it remains largely unverified because it lacks sufficient corresponding inline citations. Please help to improve this article by introducing more precise citations. (March 2013) (Learn how and when to remove this template message). May 1, 1895 (aged 72). New York City, New York. Union Army major general rank insignia. US Army Corps of Engineers. Commissioner of Public Works, New York City (18861888). President, Panama Railroad Company (18881895). John Newton (August 24, 1823 May 1, 1895) was a career engineer officer in the United States Army, a Union general in the American Civil War, and Chief of the Corps of Engineers. Newton was born in Norfolk, Virginia, a city his father Thomas Newton, Jr. He ranked second in the United States Military Academy class of 1842 and was commissioned in the Corps of Engineers. He taught engineering at the Military Academy (184346) and constructed fortifications along the Atlantic coast and Great Lakes (184652). He was a member of a special Gulf Coast defense board (1856) and Chief Engineer, Utah Expedition (1858). Though a fellow Virginian, Newton stood firm for the Union. He helped construct Washington defenses and led a brigade in the Peninsula Campaign.

In the Maryland Campaign, at South Mountain, he led a bayonet charge that resulted in taking the enemy position, and also fought at the Battle of Antietam. As a division commander in the VI Corps, he participated in the Battle of Fredericksburg. After that disastrous defeat, he and other generals journeyed to see President Abraham Lincoln and informed him of their lack of confidence in Army of the Potomac commander, Maj.

This was one of the causes of Burnside's relief in January 1863, but it also damaged Newton's career. He was promoted to major general on March 30, 1863 but Congress never officially confirmed it and the promotion expired a year later.

In the Chancellorsville Campaign, Newton was wounded at Salem Church. At Gettysburg, George Meade named Newton to command of the I Corps after John F. Reynolds was killed in the battle. Command of the corps had fallen to Abner Doubleday, the ranking division commander, but Meade had little regard for Doubleday's fighting ability, dating back to South Mountain, so Meade preferred Newton to command it instead. Newton commanded the I Corps until the start of the Overland Campaign in the spring of 1864, when the I Corps was dissolved and its remnants divided among the II and V Corps.

At this point, Newton reverted to the rank of brigadier general and was sent west to serve with William T. In the Atlanta Campaign, he commanded the 2nd Division, IV Corps, in Maj. He served under Sherman, who regarded him highly. At the Battle of Peachtree Creek, he prevented a dangerous Confederate movement against Sherman and his rapidly constructed works allowed him to turn back the Confederate thrust, a victory that put his official military career back on track. After the capture of Atlanta, Newton left active field duty and commanded the District of Key West and the Tortugas of the Department of the Gulf from 1864 to 1866. His last campaign resulted in a defeat at the Battle of Natural Bridge in Florida in March 1865, which temporarily enabled the Confederates to hold on to the state capital. Returning to the Corps of Engineers, Newton oversaw improvements to the waterways around New York City, into Vermont, and to the Hudson River above Albany. He also had charge of New York Harbor defenses until he was appointed Chief of Engineers in 1884. He is famed for blowing up two of New York's Hell Gate Rocks, the three acre Hallet's Point Reef with 50,000 pounds of a nitroglycerine compound and the nine acre Flood Rock with 282,730 pounds of dynamite on October 10, 1885, that detonation destroying 730,935,900 pounds of rock. For his extraordinary achievements, he was elected to the prestigious National Academy of Sciences. Newton retired from the Army in 1886 and served as Commissioner of Public Works, New York City (188688), and as President of the Panama Railroad Company (188895).

He died in New York City on May 1, 1895 of complications from heart disease and rheumatism, and is buried at West Point. In 1886, he was awarded the Laetare Medal by the University of Notre Dame, the oldest and most prestigious award for American Catholics. In 1899, the Corps of Engineers named a 175-foot paddlewheeler in Newton's honor; the boat was later used as the Minnesota Centennial Showboat until its destruction by fire in 2000. List of American Civil War generals (Union). Wikisource has original text related to this article.

The Blasting of Rocks Underwater Without Drilling. Merchants' Magazine and Commercial Review. The item "Civil War CDV Union General John Newton" is in sale since Friday, January 15, 2021. This item is in the category "Collectibles\Militaria\Civil War (1861-65)\Original Period Items\Photographs". The seller is "civil_war_photos" and is located in Midland, Michigan.