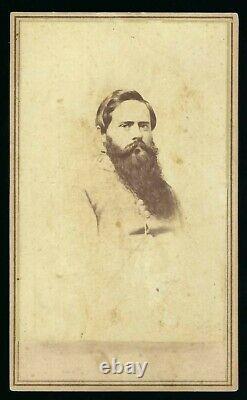 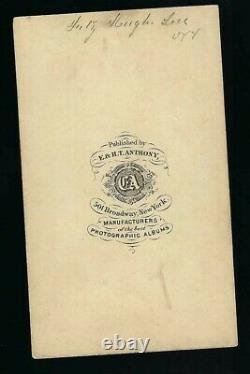 Fitzhugh Lee (November 19, 1835 April 28, 1905) was a Confederate cavalry general in the American Civil War, the 40th Governor of Virginia, diplomat, and United States Army general in the SpanishAmerican War. He was the son of Sydney Smith Lee, a captain in the Confederate States Navy, and the nephew of General Robert E. Lee was born at Clermont in Fairfax County, Virginia. He was the grandson of "Light Horse Harry" Lee, a nephew of Robert E.

Lee and Samuel Cooper, and cousin of George Washington Custis Lee, W. "Rooney" Lee, and Robert E. [1] His father, Sydney Smith Lee, [2] served under Commodore Perry in Japanese waters and rose to the rank of Captain; his mother, Anna Maria Mason Lee, was a granddaughter of George Mason and the sister of James Murray Mason. Graduating from the United States Military Academy in 1856, Lee was commissioned a second lieutenant in the 2nd Cavalry Regiment (later redesignated the 5th Cavalry Regiment), which was commanded by Colonel Albert Sidney Johnston, and in which his uncle, Robert E. As a cavalry subaltern, he distinguished himself by his gallant conduct in actions against the Comanches in Texas, and was severely wounded in a fight in Nescutunga, Texas, in May 1859.

[4] In May 1860, he was appointed instructor of cavalry tactics at West Point, but resigned his commission upon the secession of Virginia. Lee joined the Confederate States Army as a lieutenant of cavalry and served at first as a staff officer to Brig. Richard Stoddert Ewell at the First Battle of Manassas. He was promoted to lieutenant colonel of the 1st Virginia Cavalry in September 1861, serving under Colonel James Ewell Brown J. Lee became colonel of the regiment in March 1862 and was promoted to brigadier general on July 24, 1862.

During the Northern Virginia Campaign, Lee received notoriety by arriving late for a concentration of cavalry, which allowed Federal cavalry to raid Stuart's headquarters and capture his famous plumed hat and cape. However, during the subsequent Confederate raid on Catlett's Station, he captured the headquarters tent and dress uniform of Union Maj. Lee gave Pope's coat to Stuart as compensation for the hat he had lost. Lee performed well in the Maryland Campaign of 1862, covering the Confederate infantry's withdrawal from South Mountain, delaying the Union Army advance to Sharpsburg, Maryland, before the Battle of Sharpsburg around Antietam Creek, and covering his army's recrossing of the Potomac River into Virginia.

Stuart's cavalry made its second ride around the Union Army in the Chambersburg Raid before returning in time to screen Robert E. Lee's movement towards Fredericksburg where the cavalry defended the extreme right of the Confederate line.

Fitzhugh Lee conducted the cavalry action of Kelly's Ford (March 17, 1863) with skill and success, where his 400 troopers captured 150 men and horses with a loss of only 14 men. In the Battle of Chancellorsville in May 1863, Lee's reconnaissance found that the Union Army's right flank was "in the air", which allowed the successful flanking attack by Maj. Thomas Jonathan "Stonewall" Jackson, a movement led by Lee's cavalry. Lee during the American Civil War.

After Chancellorsville, Lee was incapacitated by inflammatory rheumatism, missing a month of action, which included the significant cavalry operations at the Battle of Brandy Station. He recovered in time to lead a brigade in Jeb Stuart's third ride around the Union Army, in the early days of the Gettysburg Campaign, with his most significant contribution being at the Battle of Carlisle. During the Battle of Gettysburg, his brigade fought unsuccessfully in the action at East Cavalry Field. Stuart's report singled out no officer in his command for praise except Fitz Lee, who he said was one of the finest cavalry leaders on the continent, and richly [entitled] to promotion. [5] During the withdrawal from Gettysburg, Lee's brigade held the fords at Shepherdstown to prevent the Union army from following across the Potomac River.

Lee was promoted to major general on August 3, 1863, [1] and continued to serve under Maj. Stuart's command, despite Stuart not receiving promotion following his questionable conduct in the Gettysburg Campaign. While his uncle maneuvered the Army of Northern Virginia back into central Virginia, Lee's division launched a successful ambush on Union cavalry at the Battle of Buckland Mills that fall.

In the Overland Campaign the following spring, Lee was constantly employed as a divisional commander under Stuart. Following the Battle of the Wilderness, Lee's cavalry division played a pivotal role in impeding the Union Army in its race to the Battle of Spotsylvania Court House. During the fighting at Spotsylvania, Gen.

Stuart was detached from the army for the purpose of thwarting Union cavalry commander Phillip Sheridan's raid on Richmond. Stuart took Fitzhugh Lee's division with him. The mission ultimately ended in the mortal wounding of Gen. Stuart at the Battle of Yellow Tavern and Lee's inability to break through the United States Colored Troops' defense of Fort Pocahontas[6] in Charles City County and Fort Powhatan in Prince George County.

[7] After Stuart's death, Lee served under Maj. Hampton, who had been Lee's peer for much of the war, was promoted to replace Stuart due to his seniority and greater level of experience; some observers at the time had cynically expected Robert E. Lee's nephew to receive the command.

At the Battle of Trevillian Station, Hampton's cavalry prevented Gen. Sheridan's cavalry from aiding General David Hunter's force in western Virginia, where it was certain to have inflicted great damage on General Robert E. Lee's supply and communication lines. The battle also served to screen Lt. Early's move from Richmond to aid Lynchburg, which Hunter was set to besiege.

Hampton's cavalry corps shadowed Sheridan's return to Petersburg. Lee subsequently joined Early for his campaign against Maj. Philip Sheridan in the Shenandoah Valley, and at Third Winchester (September 19, 1864) three horses were shot under him and he was severely wounded. [4] When General Hampton was sent to assist General Joseph E.

Johnston in North Carolina, the command of the whole of Robert E. Lee's cavalry devolved upon Fitzhugh Lee on March 29, 1865, but the surrender at Appomattox followed quickly upon the opening of the campaign. Fitzhugh Lee himself led the last charge of the Confederates on April 9 that year at Farmville, Virginia. Wikisource has original text related to this article.

Wikisource has original works written by or about. After the war, Lee devoted himself to farming in Stafford County, Virginia, and was conspicuous in his efforts to reconcile the Southern people to the issue of the war, which he regarded as a final settlement of the questions at issue.

In 1875, he attended the Battle of Bunker Hill centennial at Boston and delivered a remarkable address. In 1885, he was a member of the board of visitors of West Point, and from 1886 to 1890 was governor of Virginia having defeated in 1885 Republican John Sergeant Wise with 52.77% of the vote. Lee commanded the third division at both of President Grover Cleveland's inaugural parades in 1885 and 1893. In this post (in which he was retained by President William McKinley until 1898) he was from the first called upon to deal with a situation of great difficulty, which culminated with the destruction of the warship USS Maine.

Upon the declaration of war between Spain and the United States, he re-entered the army. He was one of four ex-Confederate general officers who were made major generals of United States Volunteers the others being Matthew Butler, Joseph Wheeler and Thomas L. Fitzhugh Lee commanded the 7th Army Corps, but took no part in the actual operations in Cuba. He was military governor of Havana and Pinar del Río in 1899, subsequently commanded the Department of the Missouri, and retired in 1901 as a brigadier general, U.

Lee was an early leader of the committee for the Jamestown Exposition, which would be held after his death at Sewell's Point on Hampton Roads in 1907. Lee died in Washington, D. And is buried in Hollywood Cemetery, Richmond, Virginia.

The item "Civil War CDV Confederate General Fitzhugh Lee" is in sale since Friday, October 1, 2021. This item is in the category "Collectibles\Militaria\Civil War (1861-65)\Original Period Items\Photographs".