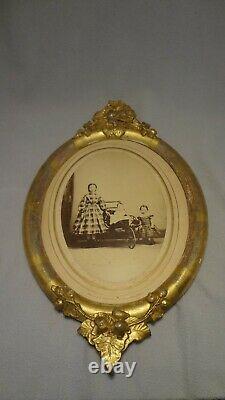 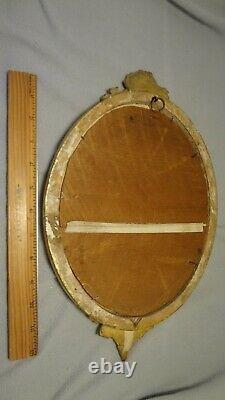 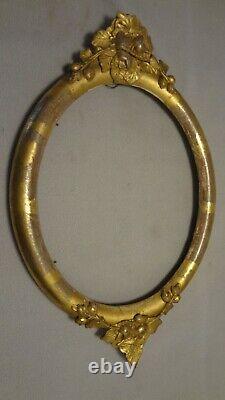 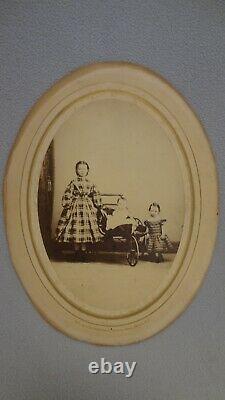 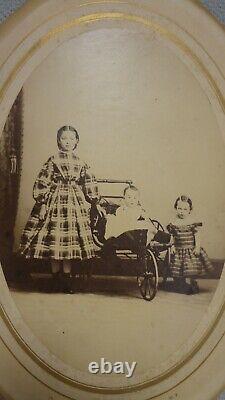 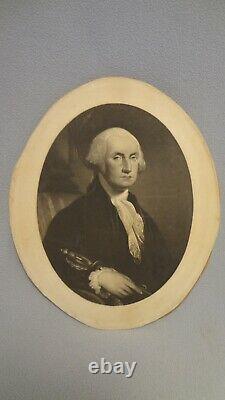 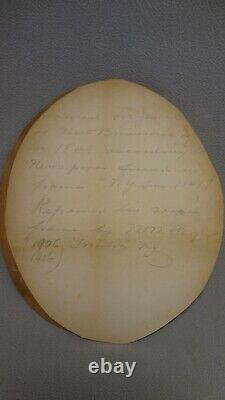 There are several elements to this piece. There is an antique etching of George Washington that is probably from around the same time or before the photograph was made. I would have taken it out but there is penciled information on.

The back about the photograph that was placed over it. The photo itself is marked on the front under the image: Phot. Cheeseman, 66 Greene Street, Trenton, N. Cheeseman is associated with this address in 1866, 1867, whether before that date I do not know. On the back, written in pencil is: "Susie Gould married" (something written but smudged), (something else written but not clear), wife of Genl. Also at top: "Susie Gould", "Willie Eddie Crozer". On the back of the George Washington etching is: "Married"? As New Brunswick NJ in 1848 according to Newspaper found in frame N. Sun 1848 Reframed in same frame by M. He insisted in the 1st New Jersey Volunteer Infantry in may of 1861 and fought at the battle where he was wounded, captured and sent to Libby Prison till he was exchanged and discharged because of his wounds.

He was Quartermaster General of New Jersey, 1890- 1905 and Mayor of Trenton New Jersey from 1884 to 1886. He also was a retailer in Trenton. Added a few brads to keep it all in frame. This item is in the category "Collectibles\Photographic Images\Photographs".