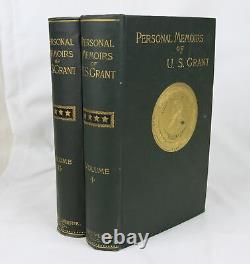 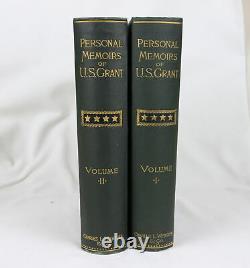 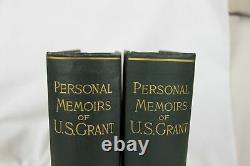 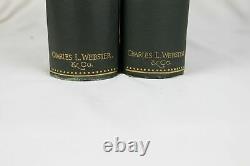 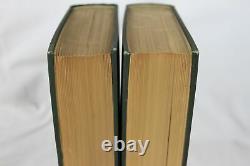 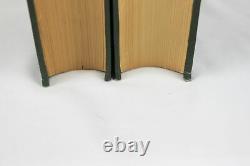 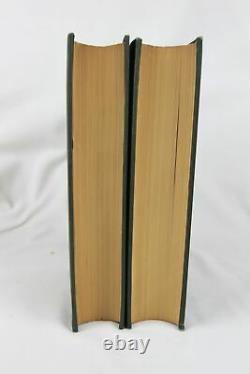 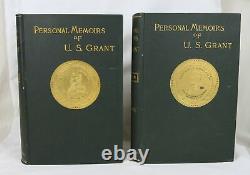 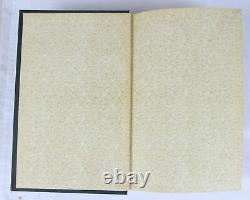 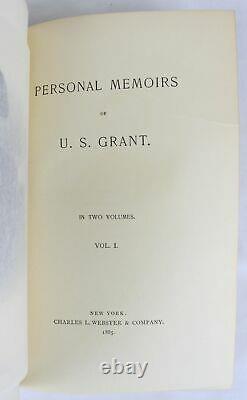 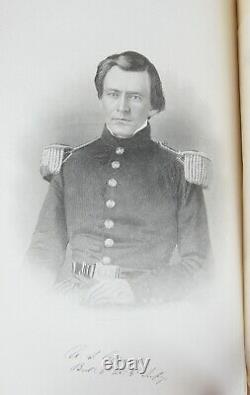 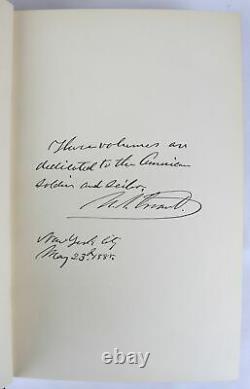 Size: 9 1/2" x 6 1/2". Tight and square binding bindings have never been fully cracked open! ; clean pages and covers; small tear in title page of volume one; almost no wear to covers. The best set we've ever had!

Scarce first edition set of Grant's civil war memoirs in exceptional condition. "Grant's memoirs comprise one of the most valuable writings by a military commander in history"--Eicher 492. Grant (born Hiram Ulysses Grant; April 27, 1822 - July 23, 1885). Under Grant, the Union Army defeated the Confederate military. Having effectively ended the war and secession. With the surrender of Robert E. Lee's army at Appomattox. As president he led the Radical Republicans in their effort to eliminate all vestiges of Confederate nationalism and slavery. Upset over uncontrolled violence in the South, President Grant effectively destroyed the Ku Klux Klan in 1871. President Grant believed in the protection of African American voting and civil rights. In terms of foreign policy, Grant revealed an "unexpected capacity for deliberation and consultation" that promoted the national interest. His reputation was marred by his repeated defense of corrupt appointees, and by the deep economic depression (called the "Panic of 1873") that dominated his second term. Although his Republican Party split in 1872 with reformers denouncing him, Grant was easily reelected. By 1875 the conservative white Southern opposition regained control of every state in the South and as he left the White House in March 1877 his policies were being undone. Reconstruction ended on a note of failure as the civil rights of blacks did not remain secure. President Grant, however, after the controversial Presidential election of 1876, through a series of military deployments, secured the South from succession.

SEE OUR OTHER LISTINGS FOR MORE SCARCE CIVIL WAR TITLES. We offer rare and important books from Literary Classics and Children's Books to Americana and Civil War. Over the years we've had many of the great landmarks of literature as well as thousands of other interesting and collectible books in all categories. If you are looking for a book we don't have listed right now feel free to reach out and you'll be the first to know when we list the titles you're looking for.

In addition, every package is insured at it's full value. Check out our other listings.