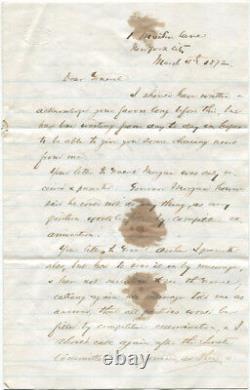 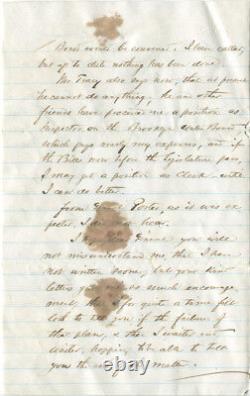 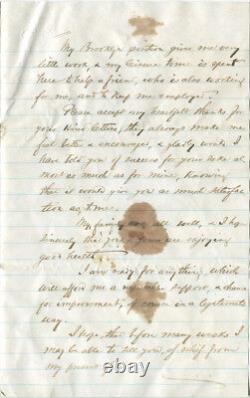 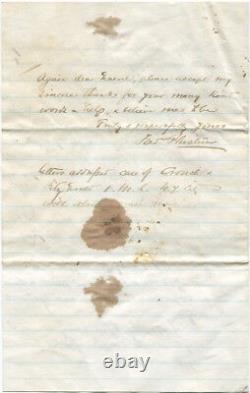 In spite of stating that he had given up on getting a job in public service a little over two months prior to writing this letter, Phisterer clearly decided to stay on the job hunt for a while longer - perhaps due to the encouragement of his friend, Townsend. Unfortunately, it was almost entirely bad news for Phisterer, which made him reluctant to share it with Townsend.

Arthur, but was told that all positions would be filled by competitive examination... Tracy [likely Benjamin Tracy, then a US District Attorney and influential Brooklyn Republican] also says... He cannot do anything, " though "he and other friends have procured me a position as Inspector on the Brooklyn Water Board which pays nearly my expenses...

From General Porter, as it was expected, I did not hear. Your kind letters gave me so much encouragement that I for quite a time felt loath to tell you, if the failures of that plan, & then I waited and waited, hoping to be able to tell you the end of the matter... Gladly would I have told you of success for your sake almost as much as mine... I hope that before many weeks I may be able to tell you, of relief from my present fix. Phisterer closes the letter by repeating his thanks for Townsend's "many kind words and help, " and signs off, Truly & respectfully yours, Fred Phisterer. The information was credited with saving a battalion of regular troops from capture or annihilation. Later in life, Phisterer compiled the 6 volume New York in the War of the Rebellion. Phisterer served as Townsend's Adjutant of the 2nd Battalion in Stones River/Murfreesboro. Written on all four pages of a single sheet of ruled writing paper. Unfolded, the paper measures approximately 8.13" x 10.25".

Condition : Fold lines; several small holes at the vertical fold (not affecting text), and some obvious staining. The signature is clean and intact, and all text is clearly legible. In good condition overall, and highly relatable letter for many job seekers, regardless of the year. A note about packing: Check our feedback.

We take pride in our excellent packing. We double-box all fragile items to insure their safe journey through the postal system. We do not mark merchandise values below value or mark items as "gifts" - US and International government regulations prohibit such behavior. This item is in the category "Collectibles\Autographs\Military". The seller is "dholz" and is located in this country: US.