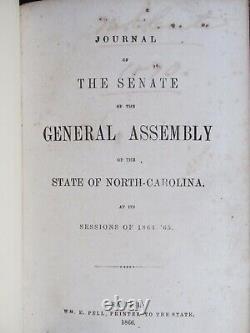 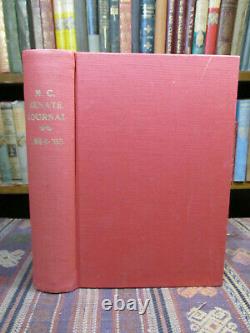 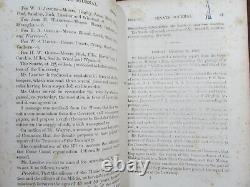 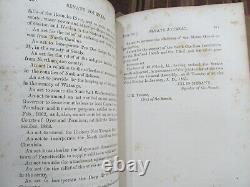 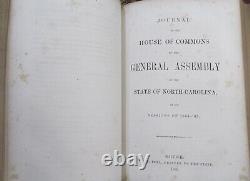 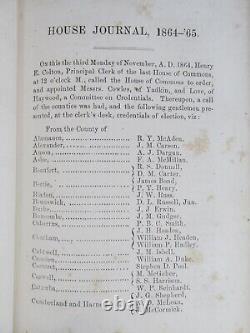 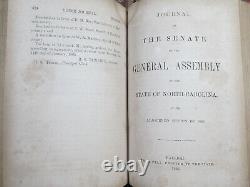 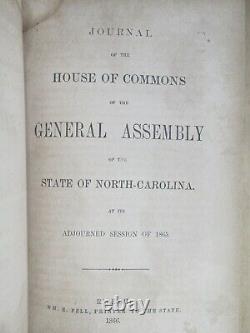 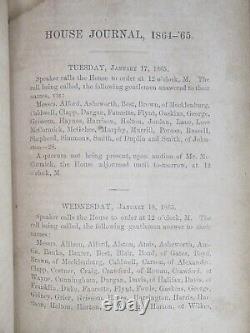 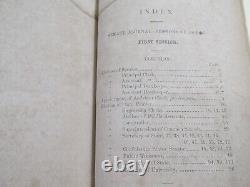 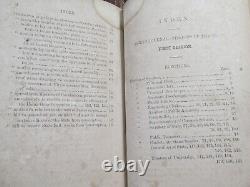 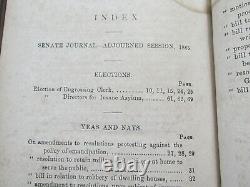 Pell, Printer to the State. 151; 224; 97; 129, x pages (with 10-page Index for all four works at the rear of the last section). Four titles published as one work with separate pagination (but it is not four separately published works later bound together). Rebound in 20th century burnt sienna buckram. Light wear to the binding, which is housed in a removable clear mylar jacket.

The text is browned, often heavily so in the last three sections, and is foxed. There is a ghost of a signature on the first title page from a flyleaf which is no longer present. There are a few little damp stains which indicate that the 4 works in the book had been bound together since the 19th century and then rebound in the 20th century. Although printed in 1866, it covers the machinations of the NC Senate and House in the final years of the War. If You Have any Questions, Please Do Not Hesitate to Ask!

Come visit our OPEN SHOP in Greensboro, North Carolina. Shop Hours: 10-6 Mondays Saturdays. Pages Past -- Used & Rare Books / 1837 Spring Garden St. We are proud to have serviced the Greensboro area with an open bookshop since 1996! This item is in the category "Books & Magazines\Antiquarian & Collectible".