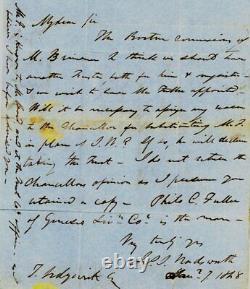 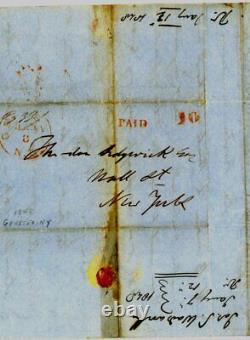 1 page + stampless address leaf. To Theodore Sedgwick, Wall Street, New York. About a legal matter, apparently involving his sister, and mentioning former Congressman Philo C. Fuller, who had been private secretary to Wadsworth's uncle, a Revolutionary War hero. Wadsworth was an attorney who never practiced law, as he had inherited one of the largest portfolios of cultivated land in New York state, and devoted his time to managing his family's estate.