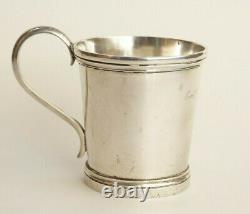 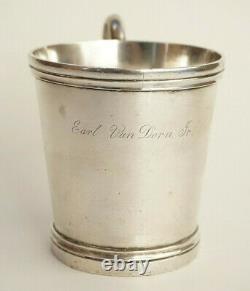 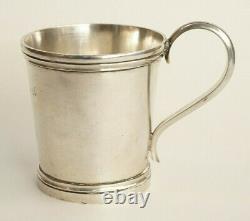 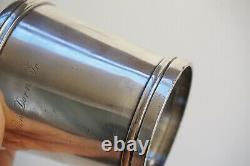 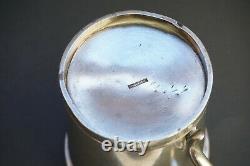 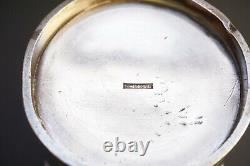 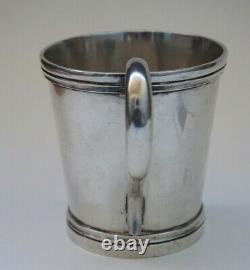 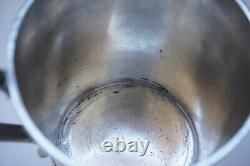 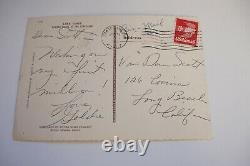 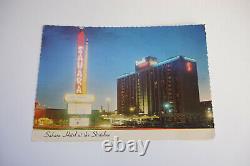 A coin silver mug by Samuel Bell, Texas silversmith, b. His silver is highly sought after. This elegant mug is characteristic of Bell's style with its sweeping handle and simple engraving. It measures 3 1/4" tall to top of handle with a 2 3/4" dia. Top rim and 2 1/4 footrim and weighs 192 grams with nice weight at the bottom.

It is in excellent condition, with a single very faint dimple and a nick on the footrim (pic 6 at 2:00), and the footrim slightly out of round. It exhibits his earlier mark: S. BELL, in a clear strike.

In 1860 his sons took over the business and BELL BROS. This later hallmark appears on all the Bell mugs I've viewed online. I've reasonably concluded it was a gift from his father, Confederate Major General Earl Van Dorn. He fought in the Western theater of the American Civil War as a Confederate major general. He never saw the end of the war, being the ladies man that he was, he was shot in 1863 by the angry husband of his latest affair.

There is an abundance of information online about his life. Listed in the company's register included Robert E.

Lee, Jefferson Davis, Ulysses S. Grant, and other prominent military figures (quote from Heritage Auctions). I acquired this mug at an estate sale in Long Beach, CA in 2007. The gentleman running it announced the sale was from a descendant of a Civil War general although there were no such obvious items in the sale. It was after doing research on the associated names and dates I discovered this little gem's background.

When I ran into the same man shortly afterwards I inquired about the Civil War connection. It seems the family still hasn't offered Van Dorn's military memorabilia for sale publicly since there isn't much out there related to this colorful historic figure besides a few photos and letters.

I assume Scott Van Dorn was the owner and descendant of the estate. The postcard will accompany the mug. I have no other information relating to provenance. I sent a picture of the mug to Winterthur metals curator Donald Fennimore in 2007. We have virtually nothing on the Philadelphia Bell. Conversely, we have quite a bit on the Texas Bell. It consists mostly of spoons, all of which bear marks that appear to be the same as yours.

That file also contains images and data sheets on three mugs, all of which appear to be closely related to yours, all of which bear marks that relate to yours and one of which has an engraved presentation inscription dated 1845 to the mayor of San Antonio. These files suggest your mug is most likely by the Samuel Bell who worked in Texas.

Please don't hesitate to message me any questions. The item "SAMUEL BELL Coin Silver Mug Gift of CONFEDERATE GENERAL EARL VAN DORN Civil War" is in sale since Monday, March 8, 2021. This item is in the category "Antiques\Silver\Coin Silver (. The seller is "thegodmother*of*lasvegas" and is located in Littleton, Colorado.