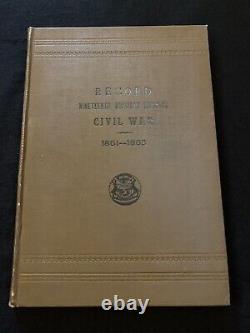 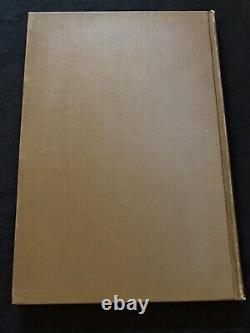 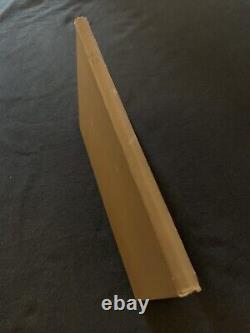 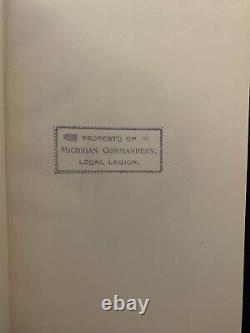 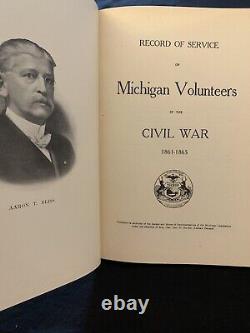 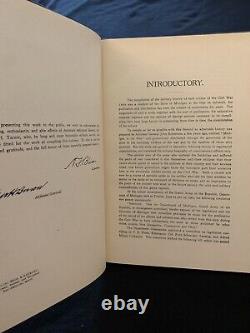 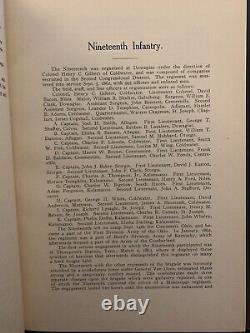 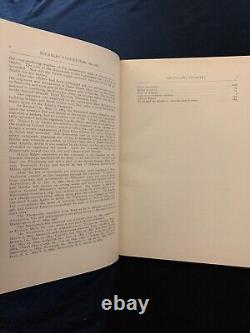 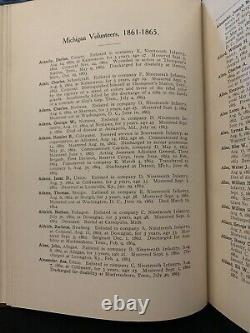 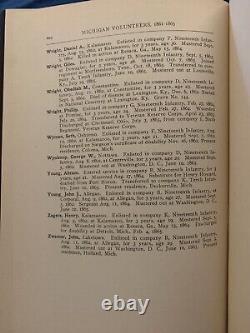 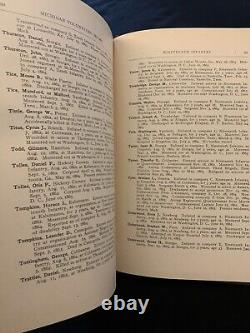 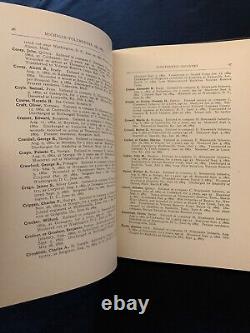 Book is in very good condition. This is part of the 40 volume set of unit history and full rosters of each unit and each Michigan man's record serving in the Union as a Soldier and Sailor with a short bio. This book comes from the late Don Limpert's collection. He was well know for his collections and research on Michigan Civil War and GAR Reunions and Encampments. Condition: Good to very good.

Some pages and soldiers may have markings/notes from research. These have been used since the early 1900s. Binding: Hardcover, brown color with thin cloth covering.

Publisher: Ihling Brothers & Everard, Kalamazoo, Michigan. The compilation of the military history of each soldier of the Civil War (who was a resident of the State of Michigan at the time he enlisted), for publication and distribution has been the subject of controversy for years. The magnitude of such a work, together with the cost of publication, the exhaustive research required and the amount of clerical services necessary in its compilation, have been large factors in postponing, from time to time, the consideration of the subject. To comply as far as possible with this demand an admirable history was prepared by Adjutant General John Robertson, a few years ago, entitled " Michigan in the War, " and gratuitously distributed through the generosity of the state to the surviving soldiers of the war and to the families of those who perished. But this work was general in character, referring mostly to regimental organizations, and contained the military biography of commissioned officers only. The enlisted men of the army who endured the hardships and suffered the perils of war considered it due themselves and their children that their names should appear of record in the archives of their country and their services noted, that future generations might know the honorable part their ancestors. Bore in the memorable conflict known as the Civil War. Such a record will ever be a source of patriotic pride to the soldier who did his duty whether he served in the ranks or in command of divisions or corps, and an inspiration to the youth of the country who must in the future assume the civic and military responsibilities of this grand republic. At the annual encampment of the Grand Army of the Republic, Department of Michigan, held at Pontiac, June II and I2, 1902, the following resolution was passed unanimously. Resolved: That the Department of Michigan, Grand Army of the Republic, in encampment assembled, hereby request of the legislature and the Governor of Michigan that immediate provision be made for the publication of the record of the officers and enlisted men who served from this state during the Civil War in form substantially the same as those published by other states, notably New Hampshire, Connecticut and Ohio. The Department Commander appointed a committee on legislation consisting of C.

Fred Schneider, Lansing, and Alfred Miles, Coldwater. This committee drafted the following bill, which was passed by both houses of the legislature in the session of 1903, and was promptly signed.

The act is known as Act 147, Public Acts of 1903. The first three sections of the Act are as follows, and the concluding sections refer to provisions of contracting for publication and auditing accounts. This item is in the category "Books & Magazines\Antiquarian & Collectible". The seller is "geschichtemiljadg" and is located in this country: US. This item can be shipped to United States.