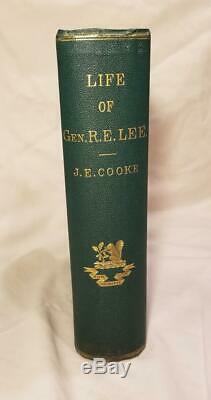 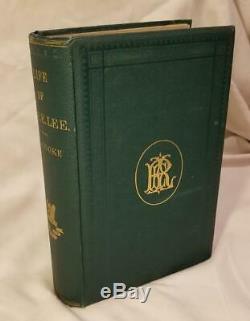 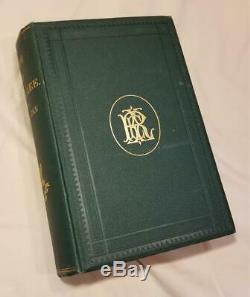 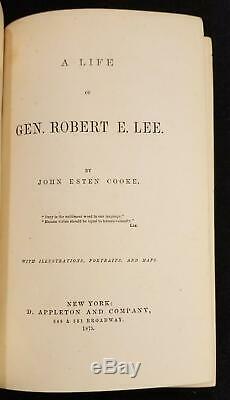 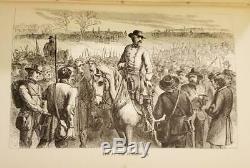 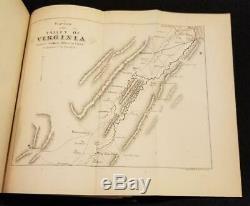 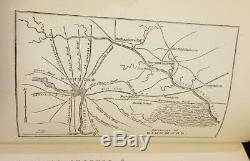 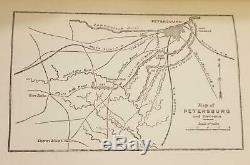 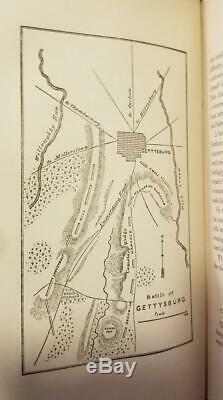 [FORMERLY OF GENERAL STUART'S STAFF]. WITH ILLUSTRATIONS, PORTRAITS, AND MAPS. A very important early biography of the great Confederate General, Robert E. John Esten Cooke was a Captain in General J. He was extremely well-regarded by Virginians after the war with one stating.

There is no more admirable representative of the fine old Virginia type of character than. THE SOLDIER WAS GREAT, BUT THE MAN HIMSELF WAS GREATER.

Believing that the election of Abraham Lincoln was a catastrophe for the South, [Cooke] was a strong advocate of secession. When Virginia did secede, he immediately joined the Confederate army as a sergeant.

He commanded a gun emplacement at the battle of First Manassas and was quickly promoted to lieutenant. He was later promoted to captain, served on the staff of J. Stuart, and was present with Robert E.

Although he served throughout the war and won a reputation for remaining steadfast and calm under fire, he was never seriously injured. Cooke's biography became an early Classic on the Southern hero, published shortly after Lee's death and in the fury of the formulation of Lee mythology. The work is eulogistic and supportive of the Lee myths, although it upset the Virginia supporters of Lee by including significant praise for Stonewall Jackson, who had arguably been a larger hero during the War. Cooke's association with Lee in the field during the last months Of the War gives the work a certain usefulness, and the tone is respectful and affectionate. Strongly pro-Confederate, the biography nonetheless avoids partisan bitterness that characterizes so much of the literature from this period.

From a literary viewpoint the book stands up rather well, as do the rest of Cooke's writings. The author examines Lee's early life then abruptly moves to the War near Richmond, where Lee rose to prominence. Subsequent Chapters examine the movements on the Chickamaugua, the advance northward, Lee's invasion of Maryland, Chancellorsville and Gettysburg, the final campaign of 1863, the last campaigns and last days, and tributes to the fallen hero. In most of the analyses by Cooke, Lee can do no wrong, and the author often attacks others while exaggerating Lee's battlefield effectiveness. "Published just after Lee's death, and described by the author as a'popular' rather than a full and elaborate account" Nevins II, p.

Original cloth, lettered in gilt. VERY SCARCE IN SUCH NICE CONDITION. THIS SEEMS TO BE THE NICEST COPY ON THE MARKET! Illustrations, maps (including foldouts), etc. Size: 9 1/4" x 6 1/4".

We also have many rare Americana items, First Editions, and Rare Books this week. CHECK OUT OUR OTHER LISTINGS!

The item "LIFE OF GENERAL ROBERT E. LEE 1875 civil war CSA confederate MAPS ILLUS VG+ RARE" is in sale since Wednesday, April 29, 2020. This item is in the category "Books\Antiquarian & Collectible".

The seller is "lfmbooks" and is located in Grand Junction, Colorado. This item can be shipped worldwide.