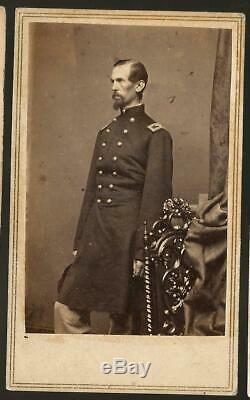 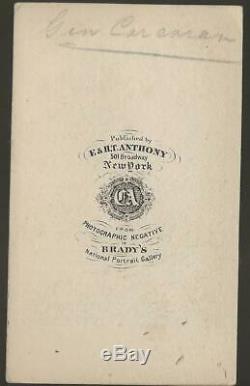 Michael Corcoran (September 21, 1827 December 22, 1863) was an Irish-born American general in the Union Army during the American Civil War and a close confidant of President Abraham Lincoln. [8] As its colonel, he led the 69th New York Regiment to Washington, D. And was one of the first to serve in the defense of Washington by building Fort Corcoran.

He then led the 69th into action at the First Battle of Bull Run. After promotion to brigadier general, he left the 69th and formed the Corcoran Legion, consisting of at least five other New York regiments. Coat of arms of The Fighting 69th. Corcoran was born in Carrowkeel, near Ballymote, County Sligo in Ireland.

[1][8][7] He was the only child of Thomas Corcoran, an officer in the British army, [9] and Mary McDonagh. Through his mother, he claimed descent from Patrick Sarsfield, hero of the Williamite War in Ireland and leader of the Wild Geese. At the age of 18, in 1846 he took an appointment to the Revenue Police, enforcing the laws and searching for illicit stills and distilling activities in Creeslough, County Donegal. He also joined a guerrilla group called the Ribbonmen. On August 30, 1849, he emigrated from Sligo Bay to the U. And settled in New York City[10] where he found work as a clerk in the tavern, Hibernian House, at 42 Prince Street in Manhattan owned by John Heaney, whose niece, Elizabeth, he married in 1854. He enlisted as a Private in the 69th New York Militia.

By 1859 he was appointed colonel of the regiment. The regiment was a state militia unit at that time composed of citizens, not soldiers, and was involved in the maintenance of public order. On October 11, 1860, Colonel Corcoran refused to march the regiment on parade for the 19-year-old Prince of Wales, who was visiting New York City at the time, protesting the British imposition of the Irish Famine.

Corcoran was removed from command and a court martial was pending over that matter when the Civil War began. Corcoran also became involved in Democratic politics at Tammany Hall: he could deliver the Irish vote.

He became district leader, a member of the judicial nominations committee, an elected school inspector for his ward, and a member of the Fourteenth Ward General Committee. Officers of the 69th New York Volunteer Regiment pose with a cannon at Fort Corcoran in 1861. With the outbreak of war, the court martial was dropped and Corcoran was restored to his command because he had been instrumental in bringing other Irish immigrants to the Union cause. He led the 69th to Washington, D. And served for a while in the Washington defenses building Fort Corcoran.

In July he led the regiment into action at the First Battle of Bull Run and was taken prisoner. Corcoran was one of the founders of the Fenian Brotherhood in America.

While in jail, Corcoran wrote, One half of my heart is Erin's, and the other half is America's. God bless America, and ever preserve her the asylum of all the oppressed of the earth, is the sincere prayer of my heart. In April, 1863 Corcoran was involved in an incident that ended with Corcoran shooting and killing Edgar A. Kimball, commander of the 9th New York Volunteer Infantry Regiment.

Corcoran attempted to pass through the 9th New York's area without giving the required password after receiving the challenge from a sentry. When Kimball intervened on the side of the sentry, Corcoran shot Kimball. [15][16] Corcoran was not charged with a crime or reprimanded, and continued to serve. While Corcoran was imprisoned the U. Had made threats to execute captured Confederate privateers. Corcoran and several other Union prisoners were selected by lot for execution if the U.

Carried out its threats against the privateers. [citation needed] This event was known as the Enchantress Affair, but no executions were ever carried out by either side. Corcoran was then offered a parole under the conditions that he not take up arms against the Confederacy. Intending to resume his place in the Union army upon his release he refused the offer of parole.

8th Regiment-below minimum strength-later part of the 3rd Regiment. Placed in command of the 1st Division, VII Corps he was engaged in the Battle of Deserted House and took part in the siege of Suffolk. While riding alone in Fairfax, Virginia he was thrown from a runaway horse and suffered a fractured skull. He died at the W.

Gunnell House on December 22, 1863 at the age of 36. Corcoran was largely idolized by his Irish-American troops. His name, and that of the New York 69th, figure prominently in many of the Irish Union ballads of the day.

"America's Irish Brigade":'When Jefferson Davis he sounded alarms, the sons of Columbia rushed into arms, and our noble militia to Washington sped, with the brave Michael Corcoran marching at head. "Song of the Regiments":'We have volunteers to fight who have pride and brave and darin, Thomas Francis Meagher and his gallant sons of Erin, the Massachusetts ninth, Michael Corcoran's Irish legion, and all the rank and file of every state and region.

They're a band of men brave stout and bold, from Ireland they came; and they had a leader to the fold. Mick Corcoran was his name. "Boys That Wore The Green":... Colonel Corcoran led the Sixty-ninth on that eventful day, I wish the Prince of Wales were there to see him in the fray; His charge upon the batteries was a most glorious scene, With gallant New York firemen, and the boys that wore the green. When the Prince of Wales came over here, and made a hubbaboo, Oh, everybody turned out, you know, in gold and tinsel too; But then the good old Sixty-ninth didn't like these lords or peers-- They wouldn't give a damn for kings, the Irish volunteers!

We love the land of Liberty, its laws we will revere, But the divil take nobility! "We'll Fight for Uncle Sam":...

I used to cry out soap fat because that was my trade sir-- Till I'listed for a soldier-boy with Corcoran's brigade, sir. Monument to Fighting 69th in Ballymote.

The Mayor of New York City, Michael Bloomberg unveiled Ireland's national monument to the Fighting 69th in Ballymote on August 22, 2006. [17] The monument was sculpted by Philip Flanagan. The inscription around the top of the monument reads "Michael Corcoran 18271863" Around the base is inscribed New York Ballymote Creeslough Bull Run. Underneath the monument is a piece of steel from the World Trade Center, donated by the family of Michael Lynch, who died in the tower on September 11, 2001.